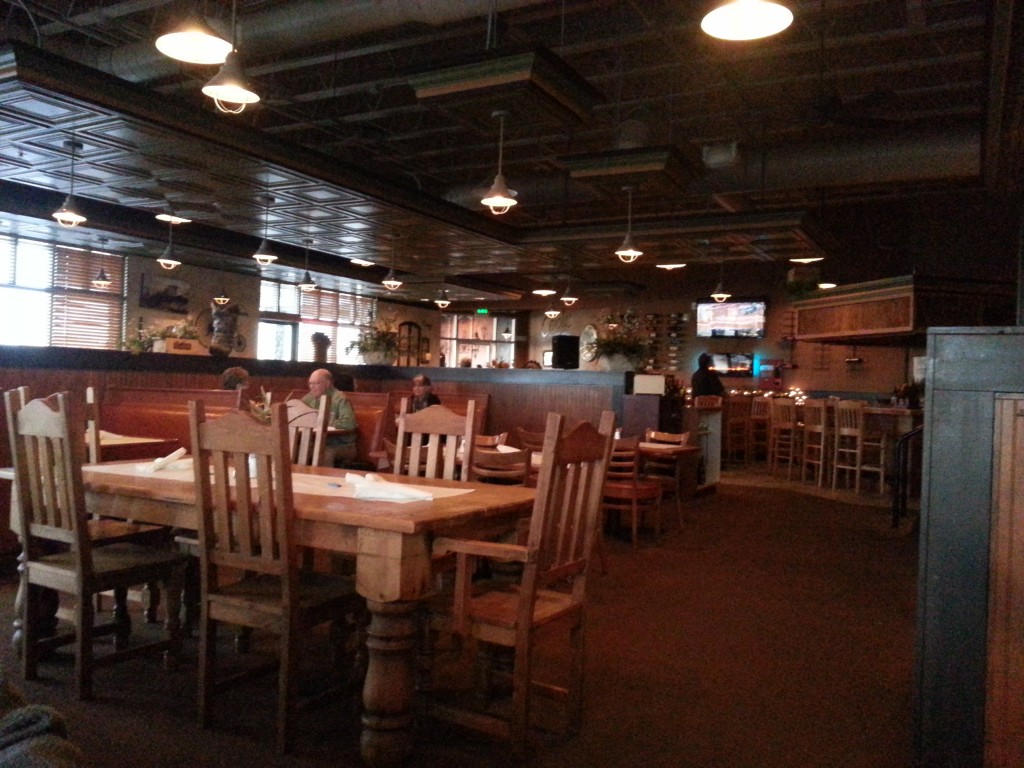 Citrola’s Italian Grill at 624 Rae Lynn St, Grand Junction, 81505, is located due west of the 24 Road City Market, next to the Cherry Berry frozen yogurt shop and the free-standing Starbucks on 24 Road, north of Patterson Road. There is plenty of easy parking next to the restaurant.

Citrola’s humble dinner salad was nothing special, but the home-made Italian dressing it came with made it shine

We arrived at 5:30 p.m. on a Saturday evening to find a restaurant with plenty of open tables. The place started filling up steadily after that. By the time we were left, most tables were filled.

Citrola’s has a warm and wonderful ambiance. The lowered faux ceiling, drop lights over the tables, polished, woodsy decor and interesting, fake electronic fire places give it a cozy, upscale feel reminiscent of restaurants in much bigger cities. There are lots of tall, north and east-facing windows dressed with wooden venetian blinds which, in our opinion, should have been opened a tad more to let in the remaining evening light and beautiful views of the Grand Mesa and Bookcliffs at sunset. The windows in the restaurant face north and east, so sun shining in people’s faces wouldn’t have been a problem. Why not maximize the wonderful evening views this place is so lucky to have? 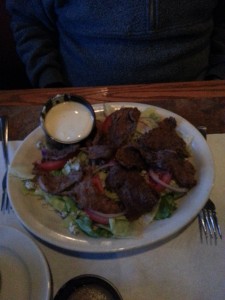 I ordered the lobster ravioli ($17.00), listed as one of their signature dishes. It came with a humble dinner salad that consisted of just iceberg lettuce, tomatoes and red onion slices. Only two of Citrola’s salad dressings are home-made: balsamic and Italian. But the home-made Italian dressing redeemed that plain little dinner salad and made it shine.

The bread was fresh, tasty and had a nice authentic crust on it. It was served with a generous dollop of herb-butter that was both unique and delicious. The bread would have benefitted tremendously from even a slight warming in the oven prior to serving — a small touch that can really make a difference between an O.K. restaurant and a memorable one.

The lobster ravioli is served with a “pink” sauce, really a cream tomato sauce, that was excellent. The dish was served at just the right temperature, was nicely plated and the sauce had a rich flavor that was just right. My companion wasn’t so lucky. He ordered a steak salad ($12.90) and was roundly disappointed. The steak was cold, overcooked and over-salted. It was almost as though the meat had been cooked earlier on the day and slapped on the salad at the last minute. We told the waiter about the disappointing salad and he tried to make it up by offering another dish. My companion chose the Tuscan Chicken Salad — another bomb. When it arrived at the table (well after I finished my ravioli) there was no visible chicken visible on it. What little chicken there was on the plate was buried at the bottom and, just like the steak in the steak salad, was cold, dry and disappointing. The waiter ended up not charging us for either salad, which we thought was generous.

We asked the waiter if they had an espresso machine, and they don’t — very surprising for an Italian restaurant. The waiter pointed out that there was a Starbucks right next door, but who wants to get up and run over to the Starbucks to get an espresso with your meal? That was kind of crazy. The availability of espresso would be another great touch that could help put Citrola’s on the local culinary map in a big way. 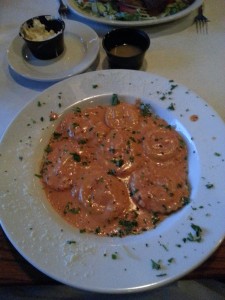 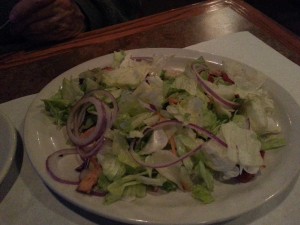 Despite the bad salads, I wouldn’t call it quits on this place. It just has too much going for it, and here in Grand Junction, we need to work on our restaurants to make them better, not abandon them completely. With some time and customer feedback, Citrola’s maybe one day Citrola’s will start to get everything on their menu right, and add a few thoughtful touches like warming the bread, that will make it a truly memorable place people will want to go to again and again.

If and when that ever happens, Citrola’s will really stand out, and work its way into our hearts. 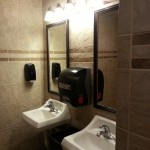