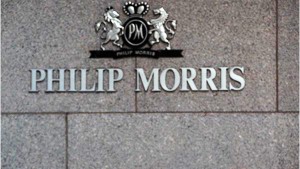 In a January, 1988 speech to Philip Morris’ (PM) Australian sales force titled “The Challenge of Change,” John Dollisson, then head of Philip Morris Corporate Affairs Australia, describes the company as “at war” with public health advocates.  On Page 13, he describes the sales force as one of “our most effective weapons” in that war.  Dollisson displays blatant contempt for public health authorities when he calls them “Meusli-eating, stool-watching joggers who know what is best for all of us.”[Page 2] Dollisson discloses the strategies PM has employed to defeat public health efforts in Australia: funding lawsuits against the government, supporting a “spontaneous” smokers’ rights group, finding ways around state advertising bans, running their own ad campaigns during national “quit smoking” campaigns, using strategic sports sponsorships to deliver audiences to favored politicians, forming a “business/liberty group” to “defend freedoms and question the legitimacy of anti-business groups,” giving away gold “Benson & Hedges” pens actually worth $10 that customers “perceive” as being worth $50-60, and much more. In reviewing the industry’s losses in the region, Dollisson complains “Worst of all, the government obtained approval to increase tobacco taxes by 5% to fund health campaigns, including ant-smoking campaign, i.e., we are funding our own demise.” Discussing a successful advertising ban, he says, “That’s not to say we will sit back and take it. We will be pursuing amendments, extensions, legal challenges, changes of government, etc., and most importantly stopping its spread to other states.” Dollisson ends his talk by listing what he perceives are the major threats to the industry. At the top of his list are “health claims.” At the bottom: “industry/smoker legitimacy.” This speech belies PM’s extreme contempt for public health authorities, and shows how the company fought public health efforts in Australia. This is one of tens of millions of previously-secret tobacco industry documents turned over to the public as a result of litigation against the industry in 1998. You can also read a summary of this document and see the document images here.