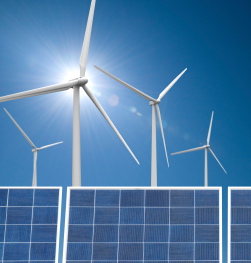 A group of energy industry-affiliated, right-wing groups is readying a massive PR plan to try and turn American public opinion against the renewable energy industries. The UK Guardian obtained a confidential draft memo written by Illinois anti-wind power attorney Rich Porter that outlines a massive PR campaign to change public opinion towards wind and solar power among “citizens at large.” The goals of the campaign, according to Porter’s memo, are to “A) Cause the targeted audience to change its opinion and action” based on anti-wind messaging, “B) Provide credible counter message to the (wind) industry, C) Disrupt [wind] industry message with countermeasures, D) Cause subversion in message of [wind] industry so that it effectively becomes so bad no one wants to admit in public they are for it (much like wind has done to coal, by turning green to black and clean to dirty.) Ultimate Goal: Change policy direction based on message.” The memo suggests teaming up with established  groups like Americans for Prosperity, the American Legislative Exchange Council, the Heartland Institute, the Brookings Institute, the Cato Institute and other climate change deniers. It also suggests developing derogatory names for wind energy, like calling it “puff power” and “breeze energy.” The author proposes setting up a network of fake businesses, think tanks and phony grassroots groups, doing “youth outreach,”  running ads on TV, radio and “alternative media,” making T-shirts, hats and bumper stickers and finding a well-known spokesman who has “star credibility” to carry an anti-wind, anti-solar message. The memo’s strategies closely mimic those successfully applied by the tobacco industry over many years to influence public opinion and stave off effective regulation of their products.