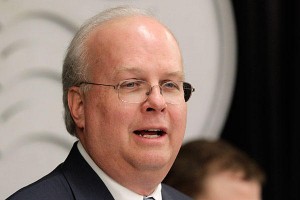 Karl Rove, whom Vanity Fair called “one of the most powerful unelected officials in the United States,” is facing criticism and derision after his two well-funded super pacs, American Crossroads and the more secretive Crossroads Grassroots Policy Strategies (“Crossroads GPS”), proved surprisingly ineffective after Democrats largely emerged victorious in the 2012 general election. Rove, a Republican political strategist who famously once dreamed of creating a “permanent Republican majority” in U.S. government, helped create the two groups which together sucked in over $300 million in the last election cycle, mostly from billionaires hoping to influence the election’s outcome. Crossroads GPS, which refused to make public the names of it’s super-wealthy donors, blanketed the U.S. with attack ads against Democratic candidates in which the group made notably false and misleading claims against candidates. Despite spending vast amounts of money, however, Rove’s groups were ultimately unable to influence the outcomes of the November 6 elections.  Rove has spent the last week defending his super PACs and scrambling to devise a new strategy for boosting Republicans’ fortunes in elections nationwide. Rove served as former president George W. Bush’s deputy chief of staff. Since leaving the government, he has worked as a political strategist, consultant and a paid speaker. Rove’s normal speaker’s fee in 2010 was $60,000, but he has had his appearances canceled on several occasions due to protests.