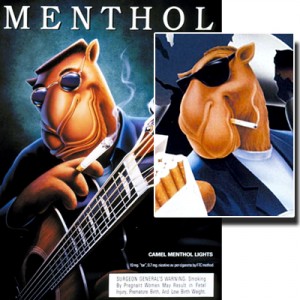 In the 1980s, R.J. Reynolds used one version of “Joe Camel” to market menthol cigarettes to African Americans (left), and another version (inset, right) to market to caucasian populations.