Grand Junction’s Third Annual Colorado West Pride Parade was more impressive than ever this year, with more sponsors and floats than in previous years, and a bigger crowd of spectators on Main Street.  The weather was perfect for the event, with a temperature in the 70s, intermittent cloud cover, just a faint breeze and no rain.

Notable participants in this year’s parade were “Peacock Man,” several religious institutions like the First Congregational Church, The Unitarian Universalist Association, The Historic Melrose Hotel, U.S. Bank and A Touch with Class Limousine service. Additional sponsors included Budweiser, Coca Cola, Sveda Vodka, Red Bull, One Colorado, The CDS Drag Troupe, 970 Vapor Cigs and the Western Colorado Aids Project. The festival after the parade was held at the new M City Lounge, at the site of the old Grand Junction Flea Market at 7th Street and Pitkin Ave.  The site also used to be a lumber yard, and guests walked through a gap in the outdoor lumber shelves to find a brand new and freshly landscaped parking area with booths, a sound stage and a beer garden.

Today’s parade and festival made it clear that Grand Junction is becoming more diverse and less of a stodgy conservative outpost, and is at long last starting to embrace and serve as home to a broader range of cultures and ideas. The themes of the day were pride, love and acceptance — all right here in Grand Junction, Colorado! 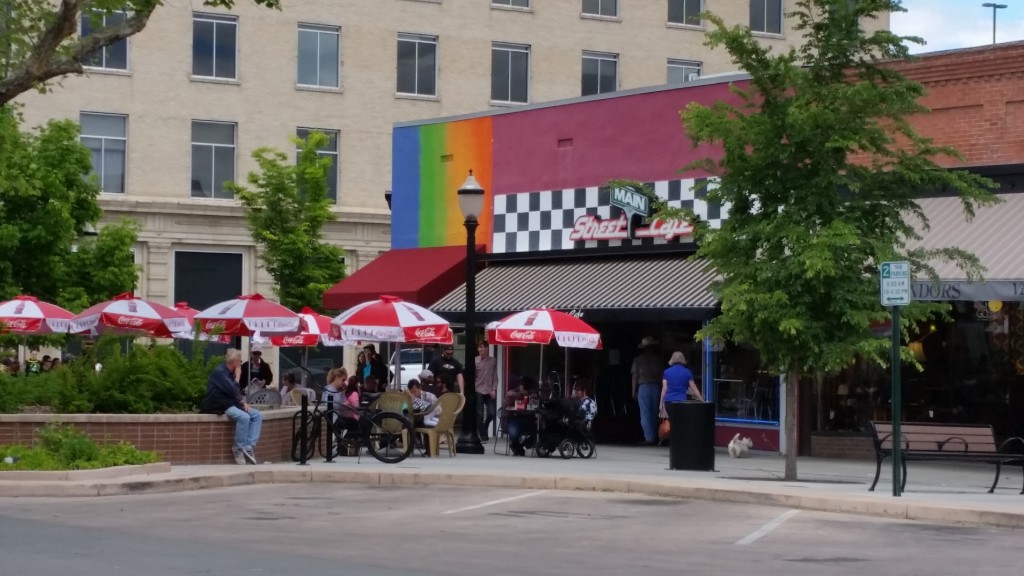 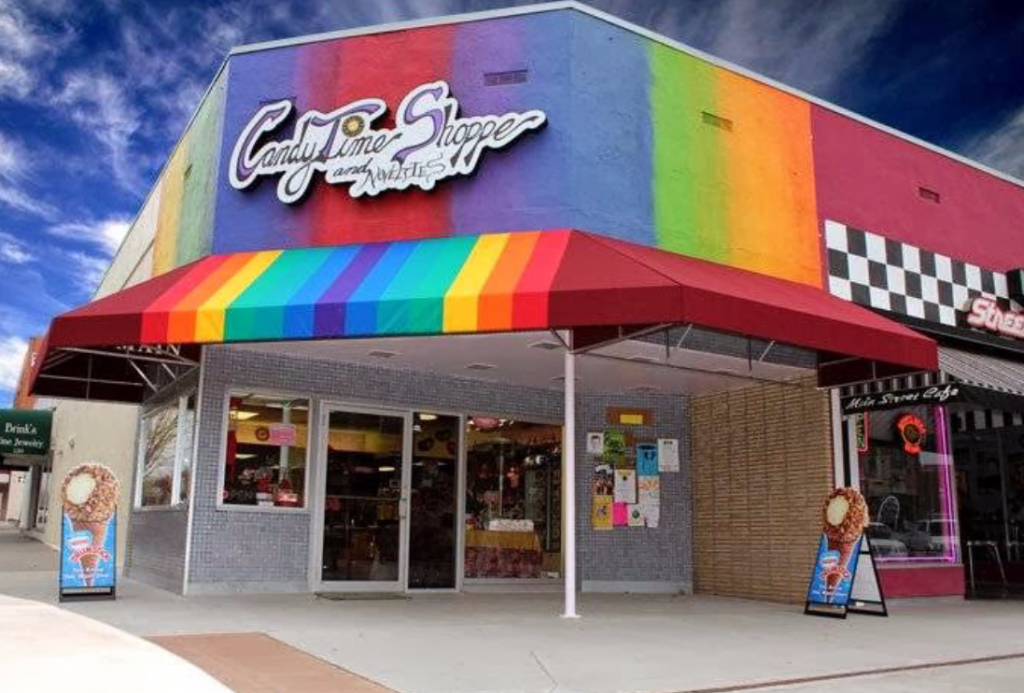 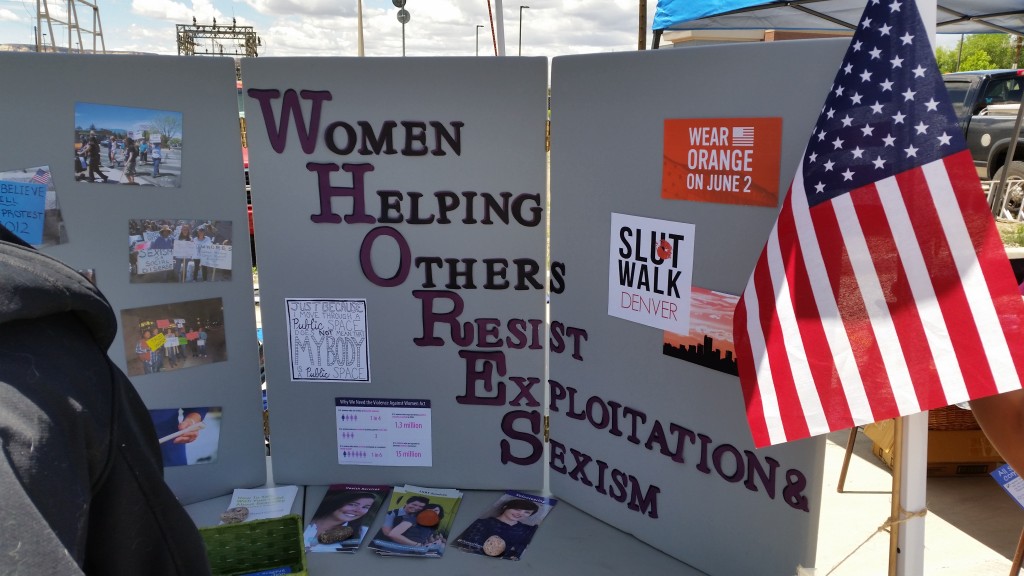 The WHORES booth at the 2015 Pride Festival

Marchers in the parade carry the giant Pride flag