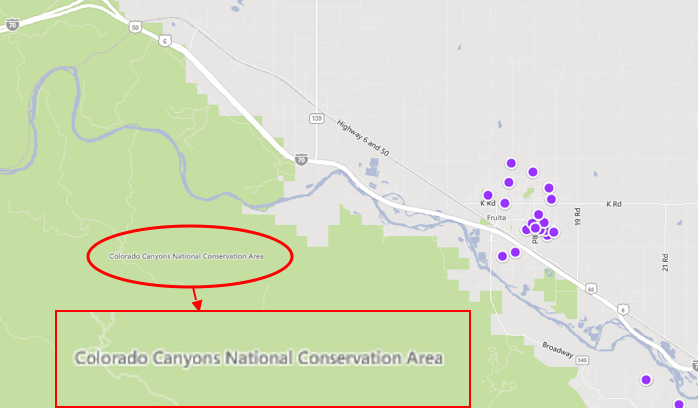 This map, taken from the real estate marketing site Zillow, correctly names the scenic public lands southwest of Grand Junction as “Colorado Canyons National Conservation Area,” the original name of what some now refer to as “McInnis Canyons National Conservation Area.” In 2004, a handful of House representatives from states other than Colorado quietly renamed the area for their buddy, former House representative and failed 2010 Colorado gubernatorial candidate Scott McInnis, who later was accused of plagiarism and now opposes the conservation of land in perpetuity.