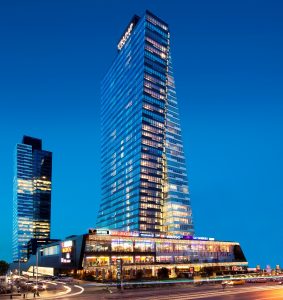 The possibility exists for a President Donald Trump to be a powerful draw for terrorist attacks against the U.S.

There are lots of reasons why this could be the case.

1) Trump has shown the world that he is a coarse, boastful, arrogant, xenophobic bully, and exacting revenge against bullies is an age-old storyline. Throughout his campaign, Trump denigrated people of differing ethnicities, from other countries and of different religions, a situation that reflects negatively on the perception of the U.S. abroad and that practically invites a response from those he targeted with his broad, negative brush.

2) The “Trump” name looms large on a  lot of towering, glittery, stand-out hotels and residential buildings around the globe, including many in places where terrorism has already been a problem, like Mumbai, India (the 2011 Taj Hotel attack), and the Republic of Georgia, where over 60 bomb threats were recorded in 2013. The U.S. Department of State Overseas Security Advisory Council currently rates the risk of political violence in Georgia as “high.”

In the 1980s until the mid-1990s, terrorists preferred targeting embassies, which led embassies to tighten security and pushed terrorists to other targets.

Like residential buildings, shopping malls, museums and movie theaters, hotels are “soft targets.” They often have poorly-trained or untrained security guards, lax overall security and lots of entrances and exits. Hotels are often built close to the street, or have parking garages where it is easy to load and unload luggage. Unattended baggage is commonplace in hotel lobbies. Hotels are easy places to do covert reconnaissance, since they are always filled with unrecognized strangers coming and going, and they have a high concentration of civilians, who, if killed, can maximize media attention. The higher the number of casualties, the greater the media attention, which is exactly what terrorists crave.

4) CNN national security analyst Peter Bergen wrote in an opinion piece in November, 2015, “Why terrorists target hotels,” that hotels are “prime targets for ISIS as well as for al Qaeda and its affiliates,“ and “there’s a long track record of terrorists striking at hotels with American brand names or that cater to western visitors.” 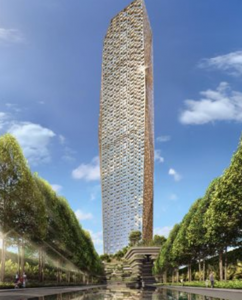 5) Attacks on 5-star luxury hotels can generate as much media attention for terrorists as an attack on an embassy, but with far easier access. Such attacks can also cause widespread economic disruption as people start avoiding the destination country. All of Trump’s hotels are high-end, western-branded luxury hotels, made even riper for media exploitation now that he will be president.

6) Trump’s international realty property page looks like an Al Qaeda candy store. It has photos of 32 stylish, Trump-branded, glassy, stand-out buildings, many towering over anything around them at 70 to 90 stories tall, that house luxury hotels, five-star restaurants, upscale condominiums, and high-end retail shopping space. All are perfect symbols of American and Trumpian, excess. Promotional materials boast his buildings facilitate “the Trump lifestyle.” Most have Trump’s name in large letters on them, and they are clear representations of Trump’s out-sized ego. Any one of them would serve as an attractive target for an attack. 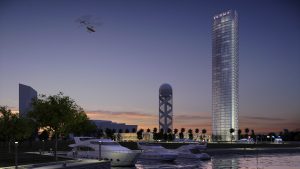 A 2001 research paper published by the Institute for Criminal Justice Education, “Target Selection and Symbolism: Why the Twin Trade Towers were targeted and what we can expect in the future,” (pdf) states, “The greater the symbolic value of the target, the more publicity the attack brings to the terrorists and the more fear it generates.” There can be no more straightforward symbol than a big building with a widely-disliked guy’s name on top, in big letters.

7) Trump’s foreign properties make efforts to be clear symbols of affluence, capitalism and smug superiority. Trump even plays this up. His 57-story building in Manila, for example, is marketed using the slogan “Live Above the Rest,” in a country where over a quarter of the population lives in poverty. 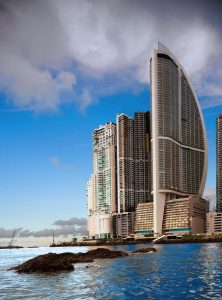 9) Trump is thin-skinned. He demonstrates over and over again through Twitter that he fails to exercise self-control in the wake of perceived personal attacks, especially slights he takes personally. That makes it easy, and even attractive, for terrorists to provoke him. It also shows that Trump can be very easily manipulated. Terrorists would love to manipulate Trump into carrying out hasty, devastating revenge attacks, perhaps against the wrong country (again), or against multiple countries. This could help turn global opinion further against the U.S. — something terrorists crave. It would also give Trump cover to further crack down on Americans’ freedoms, like freedom of speech and of the press, which he has already said many times that he wants to rein in, as well as freedom to protest, all in the name of heightened security and government efforts to thwart terrorism.

10) A 2001 research paper published by the Institute for Criminal Justice Education titled “Target Selection and Symbolism: Why the Twin Trade Towers were targeted and what we can expect in the future,” (pdf) states, “The greater the symbolic value of the target, the more publicity the attack brings to the terrorists and the more fear it generates.”

Trump has a “yuge” number of properties around the globe. The Secret Service can’t guard them all. Trump could hire extra security for all of the properties bearing his name around the world after he takes office, but would that be enough to protect them from attacks? It’s unlikely.

Trump could take steps to reduce some of the risk by divesting himself of all of his eponymously-named properties, but even then a strong linkage between him and the properties would remain. He is also apparently planning on allowing his children to run his real estate empire instead of putting it into an actual, legally-compliant blind trust, a choice that not only will violate the Constitution and further lose him the trust of Americans, but that will also maintain the strongest possible linkage between himself and all Trump-named properties.

Given all this, the risk of Trump serving as a magnet for terrorism is arguably high, and not one that’s likely to diminish during his presidency, unless Trump somehow changes his personality, becomes more circumspect and starts acting more statesman-like, and in a more conciliatory fashion towards all the people around the world he has denigrated and insulted over the last year and a half.

The odds of that?