Federal workers say it’s the method the Trump administration is using to make workers miserable by disrupting their and their families’ lives so much that they will quit and find other jobs so they can stay in D.C. Many federal employees say the forced relocations are retaliation for doing science-based research that has tended to contradict Trump’s positions on issues including climate change, the economic benefits of food stamp programs and taxes.

And according to Mick Mulvaney, Acting Chief of Staff to President Trump, the strategy is working.

In a speech before the South Carolina Republicans’ Silver Elephant Gala on August 2 in Columbia, South Carolina, Mulvaney told the crowd that forcibly moving big federal agencies out of Washington is a way they’ve been able to force federal workers quit in large numbers. He explained it is far easier than trying to fire them. 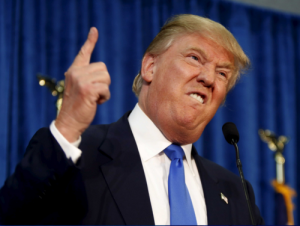 Mulvaney told the audience that he first tried to dismantle the Consumer Financial Protection Bureau — the agency created by Sen. Elizabeth Warren of Massachusetts to oversee laws created to protect consumers from predatory financial practices — by trying to move the agency to Cleveland, but found the law blocked him from doing that. Then Mulvaney brought up the recent successful relocation of two large research offices of U.S. Department of Agriculture (USDA) to Kansas City, Missouri. Mulvaney told the attendees and the Republican dinner,

“Guess what happened [after we decided to move the offices]? More than half the people quit. Now, it’s nearly impossible to fire a federal worker. I know that because a lot of them work for me, and I’ve tried, and you can’t do it. By simply saying to people, ‘You know what, we’re going to take you outside the bubble, outside the Beltway, outside this liberal haven of Washington, D.C., and move you out into the real part of the country, and they quit. What a wonderful way to sort of streamline government and do what we haven’t been able to do for a long time,” he said.

The Trump administration gave USDA research employees just 30 days to decide whether to move to Kansas City, and then slashed the promised one-time buyouts promised to employees to help with relocation from $25,000 to just $10,000. The Trump administration has also barred these employees from working for any other federal agency for five years, making their situation even more difficult.  American Federation of Government Employees President J. David Cox, Sr. said, “It’s hard to imagine … finding more ways to demoralize the workers at these two agencies, yet they continue to top themselves at every turn.”