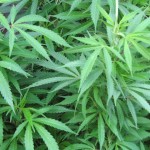 The Glenwood Springs, Colorado, City Council has approved retail sales of recreational marijuana, and will soon start working on devising rules for licensing retail vendors. Glenwood Springs Mayor Leo McKinney said, “There’s a sentiment on my council that we don’t like to see government get in the way of business, no matter what the business is.” Currently, a quarter of the medical marijuana business in Glenwood comes from Grand Junction and Mesa County.  The Grand Junction City Council and Mesa County Commissioners have voted to ban retail sales of recreational marijuana. The Grand Junction Area Chamber of Commerce opposed Amendment 64, which legalized recreational use of marijuana state-wide, but has not offered the community an update on where they stand now that the measure’s passage is starting to create a new industry and generate new jobs and public revenue in Colorado. The Glenwood Springs Chamber of Commerce Board opposed Amendment 64, has not changed their position opposing recreational use of marijuana, and,according to Glenwood Chamber President Marianne Virgili, does not plan to revisit the issue any time soon.