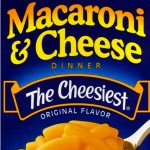 Kraft Foods announced that it will not renew its membership in the American Legislative Exchange Council (ALEC), the right-wing corporate bill mill responsible for spreading the “stand your ground” gun laws that led to the high-profile killing of Trayvon Martin in Florida. Kraft is one of three large companies that have dropped their sponsorship of ALEC just this week as a result of a grassroots push by the group Color of Change to pressure sponsors to sever their relationships with the ALEC. Coca Cola and Pepsi Cola both announced this week that they plan to end their membership in ALEC. Reynolds American, manufacturer of Camel cigarettes, has said it will remain a member of the ALEC, as did Koch Industries. Color of Change plans to continue targeting additional companies to end their relationships with ALEC. ALEC declined to comment on the companies that have decided to leave the group.