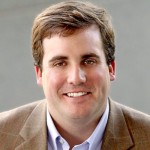 On Monday, April 23, 2012, State Rep. Boyd Brown of South Carolina sent an email to all SC state legislators in which he urged his fellow legislators to leave the American Legislative Exchange Council (ALEC). Brown called ALEC a Koch-funded special interest group that wields too much power and causes legislators to neglect their constituents. Brown wrote that money continues to “be the cancer on the body politic, and with ALEC it has taken over.” He called “scholarships” through which ALEC funds legislators’ trips to conferences at fancy resorts a “pay-for-play scheme.” Brown’s plea had an effect. Today, April 24, South Carolina State Rep. Ted Vick (D) announced he is resigningfrom ALEC. In a public statement regarding his decision, Vick wrote in part, “Over the years, ALEC has steadily drifted to the right and away from its original purpose . . . I have found myself voting against their legislation more and more . . . Recent revelations concerning ALEC’s funding sources from radical elements 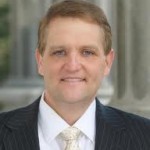 have proven to be the final straw for me. ALEC has become too partisan and too extreme. . . . ALEC has become part of the problem and I can no longer be a member of this organization.” In press releases on its website, ALEC maintains that it has been the target of an organized intimidation campaign and harassment tactics carried out by “liberal front groups” that are simply attacking ALEC’s free market policies, without addressing any of issues raised by the groups regarding problems with the legislation ALEC has been spreading.