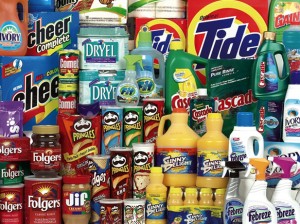 Procter and Gamble, makers of Tide clothing detergent, Dawn dish detergent, Bounty paper towels and other well-known products, has become the 13th company to flee the American Legislative Exchange Council (ALEC) amid growing controversy over the group’s political operations. Procter and Gamble is the largest packaged goods company and advertiser in the U.S., and it joins twelve other major companies, including Kraft Foods, Intuit, Blue Cross, Coca Cola and Pepsi Cola in opting not to renew its membership in ALEC for 2012. ALEC has been identified as a source spreading “Shoot First” laws, like the one that Trayvon Martin’s death in Florida brought into the spotlight, as well as school voucher bills, anti-immigrant bills like Arizona’s SB1070, and voter suppression laws that are sweeping across the country. A New York Times article reported that the good-government group Common Cause has filed an IRS complaint  about ALEC, saying ALEC functions as a lobby group despite its IRS designation as a charity. Federally-designated charitable groups are subject to sharp restrictions against lobbying under IRS rules.