Throughout his 16 years in the Colorado state legislature, former Colorado Senate Majority Leader Ken Gordon saw first-hand how corporate money is killing government, and it alarmed him. Gordon saw legislators failing to represent the people who elected them, and instead represent the big money donors who kept them in office. Now Gordon is on a mission to change our broken system.

Ken Gordon came of age in Michigan during the U.S. war in Vietnam. The experience of the war impressed upon him the need to become active when you see something terrible going on around you. “Clearly government was doing something awful,” he says of the Vietnam war, noting that between one and two million people lost their lives because of America’s military involvement in Vietnam. Gordon did everything he could to help end the war: he marched in anti-war rallies in Washington and in Ann Arbor, Michigan. The wave of anti-war protests that swept the country eventually pushed the American government to end the war, and the experience showed Gordon the power people wield when enough of them get behind a cause.

Ken Gordon has got to be the country’s most sincere and dedicated politician. Many times and in many ways he has literally put his life on the line to draw attention to the need for a better, more responsive political system. Now that he is out of office, Gordon is throwing all of his effort behind the cause of fixing the broken U.S. political system that is quickly pulling our democratic government down the drain. In autumn of 2011, Gordon started CleanSlateNow, an organization that promotes that rare and courageous breed of candidate for public office who refuses to accept any special interest money. “My theory is that the way we finance campaigns in the U.S. creates a government that doesn’t work for the majority of people, and destroys the democratic system. Whatever else you care about  — whether it’s environment, energy, schools or whatever it is — our tool for creating policies to deal with it is broken” under the existing way we finance elections, Gordon says.

Gordon operates CleanSlateNow out of his home in Denver. The small but passionate group is fueled by donations from a handful of individuals and a loyal, competent and cheerful staff. They do grassroots work aimed at boosting candidates who vow not to take PAC or special interest money. They post the candidates’ names on CleanSlateNow’s web site, operate phone banks to let voters know that they have a candidate running for office in their district who has vowed to stay free of corporate influence and who will actually represent their interests once they get into office.

Colorado’s political establishment not been welcoming of Gordon’s efforts.  Gordon thinks this is because they depend on the 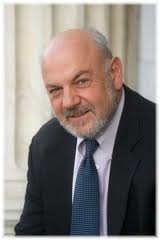 very kind of money that he points out is eroding our democratic system. Legislators currently in  office “say they don’t agree with me and they say they are only taking money from those PACs and special interests they agree with, but I tell them ‘you’re buying into a bad system.'” In short, legislators who continue to take PAC and corporate money and see nothing wrong with it are part of the problem instead being part of the solution. Their addiction to easy money is powerful, but Gordon isn’t daunted.

How does Gordon feel about candidates who have millionaires or billionaires finance their campaigns, like we see happening in national campaigns now? “That’s a good question,” he says, thinking. “If a wealthy person had no agenda other than trying to make democracy work, if that’s all they cared about, I would probably accept a contribution from someone like that. If it was partisan, I would put it in the same category” as special interest money. “If they had a pre-existing record of working for a particular interest, I’d take a small contribution, but not a big one,” Gordon says.

Campaigns these days are so expensive. How can candidates finance campaigns without big-money corporate donors, especially in our down economy, when average voters don’t have much disposable income? “I’m asking candidates to raise money from individual contributions,” Gordon says. “If you’re willing to walk door to door and make phone calls, it doesn’t cost a lot of money. I know from my own experience it’s effective. Voters want to vote for people who don’t take PAC money,” and that goes for both Democrats and Republicans, Gordon says.

CleanSlateNow will support candidates from any party as long as they vow not to take special interest or string-laden PAC money while running for office, or while they serve in office. CleanSlateNow is currently actively supporting two candidates for office in Colorado: Jeff Hare, running for House District 48 in Weld County and Jovan Melton, a candidate for House District 41, in Aurora. One is a Democrat, the other a Republican. Gordon believes that if he can rally enough grassroots support to put these candidates in office, it will demonstrate that forgoing corporate money is the path to winning, that you don’t have to sell your soul to special interests to hold office, and it will demonstrate that more people can do it.

Gordon recognizes that American government has become so unresponsive to average people’s needs that many people feel jaded. As a result, the electorate has become complacent and many people don’t even bother to participate in elections. Gordon says this situation has created a vacuum where the wrong forces can come in and take over government. “That’s why we’re in the fix we’re in today with our own government, where corporate interests run the show,” he says.

There are a lot of groups concerned about the erosive effect of money on politics, but so far none of them do what CleanSlateNow is doing: actively working to put “clean” candidates into office who will be responsive to the needs of real people. CleanSlateNow is a small effort, but as a national organization it will work to support any candidate in the U.S. who vows not to take PAC or corporate special interest money. If CleanSlateNow is successful in getting the right people elected, it could change everything.