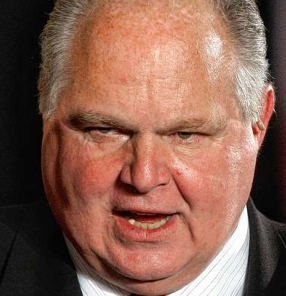 The grassroots effort to push Rush Limbaugh off the airwaves in Missoula, Montana reports that as of this week 18 advertisers have  pulled their ads off Limbaugh’s local broadcast on KVGO Radio — six more than last week’s total. Dave Chrismon, organizer of RushOutOfMissoula.com, also discovered some advertisers held the mistaken belief that because they purchased packages of ads from KGVO, they had no control over where there ads are placed. This turned out to be untrue. An anonymous KGVO employee told Chrismon the radio station’s computer system can easily keep any business’s ads, or any nonprofit organization’s public service announcements, off Limbaugh’s show while still running them on other shows. Business owners just need to ask KGVO to keep their ads off Limbaugh’s show. On another front, KGVO went into full attack mode last week over what it calls the “Hush Rush” campaign. On Monday, April 30, the station featured a local business owner and Rush supporter on its “Talk Back” program who called RushOutOfMissoula participants “blackmailers” for voicing their opinion about where he should place his ads. The show stimulated a flood of “dittoheads” (Rush Limbaugh supporters) to call the show and verbally abuse business owners who asked that their ads be removed from Limbaugh’s program — but many of those businesses still advertise on KGVO. Peter Christian of KGVO radio walked a tightrope as he both praised callers “passion” and tried to tamp down their offensive tirade against the station’s advertisers. In desperation, Christian posted a note on KGVO’s website pleading with Limbaugh supporters to be respectful of businesses that have chosen to pull their ads from Limbaugh’s show.