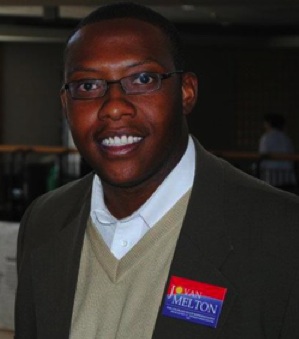 Colorado citizens had a rare opportunity to vote for a candidate who openly rejected corporate, PAC and special interest funding, and they took it.  Jovan Melton, a Democrat who made the honorable but unusual decision to publicly turn down special interest PAC money, appears to have won his election. As of Wednesday, June  27, 2012 — the day after the election — Melton had a 51 vote lead in his district. If he is declared the winner, he will have no opponent in the general election, assuring Colorado’s General Assembly of having one more representative who pledged to only be beholden to constituents. Ken Gordon, founder of CleanSlateNow.org, the new and unique responsive-government organization that backed Melton and has been working to get him elected said,  “Our slogan is ‘People…Not Money.’ Huge piles of campaign cash are profoundly undermining our democracy, so we made a major effort to help Melton. We mailed 8,000 pieces of campaign literature, and volunteers made 11,054 calls. However, it was not the amount of literature that we sent or the number of calls that made the difference; it was the power of the message. People want to be represented by elected officials who work for them and not big special interest contributors. It was the power of that message that made the difference.This race was a demonstration project. Americans do not have to accept the inevitability of big money dominating our political process. Citizens can use the power of their vote to fight against the influence auction that American politics has become.” CleanSlateNow.org is a non-partisan organization that opposes special interest money from both the left and the right. They support candidates who do not take special interest money, and they educate the public on the issue of big money in politics. Their website maintains the only known public list of state and national candidates who do not take special interest contributions.