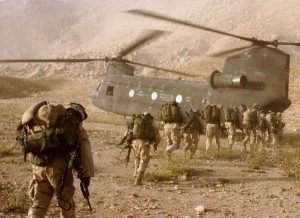 Republicans have long had the reputation of being the party most supportive of the military and of veterans in particular, but no more. On September 19 Senate Republicans, in their continued effort to oppose any idea introduced by President Obama, used a technicality to kill a bill that would have helped American veterans’ dire unemployment situation. The Veterans Job Corps Act, introduced by Senator Patty Murray (D-Washington), would have trained and placed veterans in jobs on federal public lands like national parks, wildlife refuges, veterans’ cemeteries and forests. The bill would have cost  about $1 billion over five years — the equivalent of less than four days of the war in Afghanistan.  The Act would have been funded through the collection of delinquent taxes from Medicare suppliers and providers, and from individuals who have over $50,000 in unpaid taxes.  Senator Bill Nelson (D-Florida), a co-sponsor of the bill with Sen. Murray, said Republicans’ opposition to the bill stemmed from the party’s refusal to support the Veterans Job Corps Act because the idea for it came from President Obama, who proposed the Act during his State of the Union address in January, 2012. Republicans killed the bill in a 58-40 procedural vote to waive a budget rule which would have allowed the bill to go to a vote of the full Senate. Sixty votes were required. Iraq and Afghanistan Veterans of America, which supported the bill and appealed to Senators to pass the measure, expressed outrage that “This Congress let partisan bickering stand in the way of putting thousands of America’s heroes back to work.” Among those voting “no” was Sen. John McCain (R-Arizona), himself a veteran, albeit one who has a job. A full list of senators’ votes on the bill can be found here.