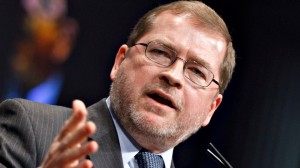 Grover Norquist, who for decades has been the patron saint of anti-tax sentiment for Republicans, is fast losing relevance as Republicans finally start to grasp that the only way America can get out of its fiscal mess is to raise taxes. Legislators are starting to see that their allegiance must be to the United States of America and its people, and not to Grover Norquist. But for GOP legislators,  leaving Norquist behind will be one of the best things they can do to help get some credibility back with the American public. By pledging their allegiance to Norquist for so many years, Republicans have put stock in one of the most reliable allies of one of the world’s most reviled industries: the tobacco industry. Previously-secret tobacco industry documents show Norquist and his group Americans for Tax Reform (ATR) have for decades been highly dependable allies to Big Tobacco. Norquist was always at the cigarette makers’ beck and call whenever they needed him. As ATR president, Norquist annually sought and received hundreds of thousands of dollars from Philip Morris and R.J. Reynolds to support the companies’ agenda of low cigarette and corporate taxes. In return for the big bucks, Norquist offered his organization up as a conduit for tobacco industry lobbying. Norquist figured prominently in Philip Morris’ quiet, internal 1995 “Get Government Off Our Back” project, in which the cigarette maker secretly created a phony “grassroots” group, to push to “shift government’s priorities” off regulating business. In 1999, Norquist helped cigarette makers fight President Clinton’s proposal to add a one dollar tax on cigarettes to fund health care. Norquist was cast as a “core ally” in Philip Morris’ efforts to enact “tort reform” to block people’s access to the courts.  Norquist helped defend cigarette makers against the Department of Justice’s 1999 Lawsuit in which the industry was found guilty of perpetrating five decades of fraud against the American people. Philip Morris’ law firm of Covington and Burling even secretly took the privilege of drafting letters to government agencies, like FDA, that Norquist could sign so they would appear to be from ATR and not a tobacco company. There could hardly have been a more compliant handmaiden to the cigarette makers than Grover Norquist and Americans for Tax Reform. The more Grover helped the tobacco companies, the more money they poured in to ATR’s coffers, and Grover’s pockets. But these days, associating with someone like Grover, who is so adored by the major tobacco companies, is the kiss of death for politicians. So Norquist’s recent drop in relevance combined with his long and ultra-close associations with cigarette makers should provide plenty of impetus for Republicans to finally drop-kick Grover and start giving attention to the needs of their constituents instead.