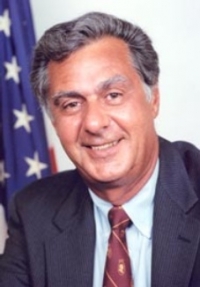 Dick Armey in his younger days

Former Republican House Majority Leader Dick Armey, who recently left his job with the astroturf group Freedomworks, has a history of taking tobacco money and doing Big Tobacco’s  bidding. The tobacco industry was a friend to Armey throughout his career on Capitol Hill, but Armey, who was an uneven ally to the industry while in the House, arguably became a more reliable ally when, under his guidance, FreedomWorks reflexively opposed higher cigarette taxes in states all across the union. Despite this, we found that some in the industry has less-than-complimentary things to say about Armey. We also found  Armey engaged in dubious and dishonest tactics get new members an increase his group’s muscle while at FreedomWorks.  Read all about Dick Armey’s tobacco ties and how he used FreedomWorks in a three-part series on my new blog at DeSmogBlog.com.