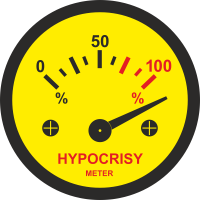 On New Year’s Day in 2006, 31 year old Lori Stodghill went to the emergency room at St. Thomas More Hospital in Cañon City, Colorado, short of breath, vomiting, and seven months pregnant with twins. As they wheeled her into the examining room, she passed out. The ER staff tried to resuscitate her, but a blockage in the main artery going to Lori’s lungs caused her to have a massive heart attack, killing her and her twins less than an hour after she arrived at the ER.  Her obstetrician, who was supposed to be on call for emergencies that night, never answered a page. Stodghill’s husband subsequently filed a wrongful death lawsuit against the owner of the hospital, Catholic Health Initiatives (CHI) based in Englewood, Colorado. Catholic hospitals do not offer abortion services or even contraception based on their belief that legal personhood starts at contraception, not at birth, and that fetuses are viable people. CHI even has an advocacy website that implores visitors to help them oppose the provision in Obamacare that requires employers to pay for contraceptives, because “Our mission and our ethical standards in health care are rooted in the Catholic Church’s teachings about the dignity of the human person and the sanctity of human life from conception to natural death.” But to get its client out of this wrongful death suit, CHI’s lawyers are arguing the opposite — that Lori’s fetuses weren’t really viable persons. In a brief the defense filed with the court, CHI’s lawyers say the court “should not overturn the long-standing rule in Colorado that the term ‘person,’ as used in the Wrongful Death Act, encompasses only individuals born alive. Colorado state courts define a ‘person’ under the Act to include only those born alive. Therefore Plaintiffs cannot maintain wrongful death claims based on the two unborn fetuses.”