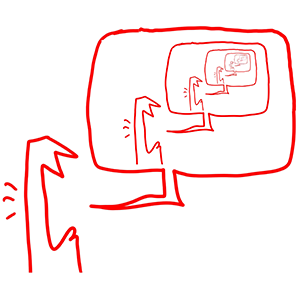 A 1998 internal Philip Morris memo, written by John Scruggs of Philip Morris Management Corporation’s Federal Government Affairs (lobbying) Office, describes a key public relations/lobbying technique that corporations use to dominate virtually the entire decisionmaking environment in which legislators operate.  Scruggs calls it the “Echo Chamber Approach to Advocacy.” It involves making a corporation’s chosen message, or slight variations of this message, emanate from virtually every major source that can influence legislators’ decisionmaking: constituents, colleagues, opinion leaders, local and national media like TV, radio, newspapers, fundraisers, advertising, etc.  Scruggs says “…[T]his repetition, or ‘piling on’ approach works” because the message emanates from those who have ” ‘the greatest degree of credibility’ with the legislator.” This memo was created by Philip Morris in the 1990s, but since then, due to the cigarette industry’s pioneering reputation of success at influencing legislators, the technique has doubtless spread and is now likely in use by many more corporations and industries.

PM’s “Echo Chamber Approach to Advocacy” preceded an even newer and more recently documented (2003) public relations technique in which lobbying is disguised as objective journalism. The technique was dubbed “journo-lobbying” by Nicholas Confessore, a writer for the Washington Monthly.  Journo-lobbying is news or current events “journalism” that is commissioned by corporations. It appears to be objective, is distributed through popular media channels like television, newspapers, books, internet, etc., in which funding behind the reportage is not revealed.  Instead of taking the form of academic literature created by non-profit think tanks and published in journals, as corporations have often done in the past,  journo-lobbying reportage appears in more popular media formats, like newspaper articles, current events TV shows, video news releases, books, and is created by individuals or for-profit organizations that do not have to reveal their sponsors or sources of financial support.  This makes corporate-sponsored information (and misinformation) much harder to detect, harder to trace, and more credible-appearing on its face than in previous PR techniques.

Click to view the Philip Morris document, “The Echo Chamber Approach to Advocacy.”