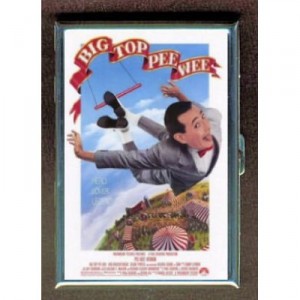 A 412-page “movie memo” from UPP Entertainment Marketing in North Hollywood, California, dated 1990, lists feature films into which American Tobacco Company cigarettes were injected, or were attempted to be injected, into the plot, or in which cigarettes were placed as “set dressing.” Examples: “Pall Mall, Carlton and Lucky Strike cigarettes will be used as set dressing in a Mini Mart in Comstock,” “We provided LUCKY STRIKE cigarettes for Kathleen. The cigarettes have been established as her brand, and she will be smoking them throughout the film. The exposure for THE AMERICAN TOBACCO CO. should be great.”

The document lists many significant family films in which cigarettes were placed or attempted to be placed, including “Big Top Pee Wee” starring Pee Wee Herman, “Ghostbusters II” starring Dan Aykroid and Bill Murray, “Christmas Vacation” with Chevy Chase, “Look Who’s Talking Too” with Kirstie Alley and John Travolta, “Ghost,” starring Demi Moore, Patrick Swayze, “Bill and Ted’s Excellent Adventure, “Big” starring Tom Hanks, and many more. A memo discussing the film “Clean and Sober,” a film about a man who checks himself into a detox center, says “Lucky Strike, Pall Mall and Carlton were given for use by Charlie and many other patients in the detox center.”

UPP Entertainment Marketing proposed that, in a film about a high school student, the main characters’ father and favorite hero both smoke American Tobacco cigarettes throughout the film “Personal Choice” (1988, listed on page 180 of the memo). For another film, “Far From Home” starring Drew Barrymore, about a 13 year old girl,  UPP proposed that her father smoke Carlton cigarettes (see page 183).

The memo points out that in some cases cigarettes were provided especially for “good guy” roles (e.g., Page 313).

According to this list, cigarettes were purposely made to appear in hundreds of films. Cigarettes were placed in the foreground and background, on billboards, in stores, inside a freezer, on a truck, in bars, around the Thanksgiving table, on signs and countertops. They were purposely used throughout many films by main characters: fathers, mothers, heroes, by supporting actors and extras, in response to stress and as props to make a character appear “cool.”

This extensive memo makes it clear idea how pervasive and purposeful cigarette placement has been in the movies.