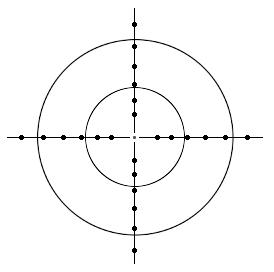 The Grand Junction Area Chamber of Commerce hired a Denver law firm to write a letter threatening operators of the GJChamber.info website, which was launched on August 20 to protest the Chamber’s involvement in local politics and other behaviors citizens say are disturbing, like bullying and discrimination. Attorney Sabrina C. Stavish of the Denver law firm Sheridan Ross, P.C., in a letter dated September 16, 2013 wrote, “The Chamber respects your First Amendment right to air your grievances in a public forum. However, we believe that the website, www.gjchamber.info, is misleading and confusing to consumers….[Y]our use of the identical name “gjchamber” in your domain name with no additional wording, and the header “THE GRAND JUNCTION AREA CHAMBER OF COMMERCE” appearing on www.gjchamber.info is misleading and confusing to consumers and is actionable unfair competition under 15 U.S.C.§1125.”

The section of the U.S. Commerce and Trade Code Stavish cites is titled “False designations or origin, false descriptions and dilution forbidden.” It addresses problems like false and misleading promotions, and the misuse of trademarks and service marks for unfair competition. The law also specifies that “any noncommercial use of a mark” is “not actionable.” Commentary and criticism are similarly excluded from the law.  GJChamber.info is a noncommercial protest site and is not used for pecuniary gain, and so is protected under the law. Operators also argue that if someone initially is confused when arriving at the GJChamber.info protest site, once they read it, they will see that it consists of solely of criticism of the Chamber and does not promote the Chamber in any way.

Anne Landman, webmaster of the protest site, said of the letter, “This shows how desperate the Chamber is over protests of its behavior, and provides more evidence backing up claims that the Chamber bullies and tries to intimidate citizens.”

Given they are on safe First Amendment ground with the protest site, GJChamber.info operators declined to act on Ms. Stavish’s requests, but to address concerns about confusion among those visiting the site, they added a colon after the words “Grand Junction Area Chamber of Commerce” at the top of the home page to help draw visitors to continue reading their criticisms of the organization, and  added a note at the bottom of  their home page stating that it is not the official website of the Grand Junction Area Chamber of Commerce.