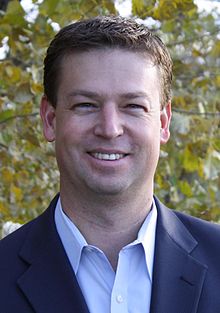 Two Colorado legislators announced they are introducing a ballot initiative aimed at punishing cities and towns that vote to ban fracking within their borders.

Rep. Frank McNulty of Highlands Ranch and Rep. Jerry Sonnenberg of Sterling, both Republicans, announced they will attempt to get an initiative on the ballot to block local jurisdictions from getting severance tax revenues or grants from Departments of Local Affairs as long as they have fracking bans or moratoria in place.

The state collects severance taxes on income derived from the extraction of non-renewable natural resources, like oil and gas, coal and metallic minerals. Severance taxes also help pay for programs administered by Departments of Local Affairs.

The legislators estimated it will cost about $150,000 to get the initiative on the November, 2014 ballot. According to the Colorado Secretary of State, they  would need to gather approximately 86,000 valid signatures.

The lawmakers did not say why they chose a ballot initiative instead of just introducing legislation to achieve this goal, but it could be because they know chances are slim it would pass in Colorado’s Democratically-controlled legislature.