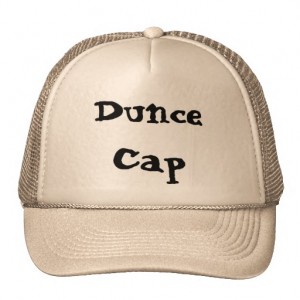 The Grand Junction Area Chamber of Commerce apparently loves some vices, but not others, and the “sins” the chamber backs don’t seem to match the desires of Mesa County citizens. Once again the chamber adds to its long list of disastrous political moves and fails to consider the big picture in their election-year endorsements.

The chamber recently announced it supports Amendment 68, which will pave the way for horse racing and large-scale video lottery terminals in Mesa County. Amendment 68 requires 34 percent of the gambling proceeds go to support schools.

Diane Schwenke, president of the Grand Junction Area Chamber of Commerce, said whether or not the local community wants gambling was the most important criteria for their support.

“As long as it’s up to the local residents, the local leadership,” she said. “That’s of paramount importance to us.”

But the chamber doesn’t really care about what the local residents think.

The only logical conclusion must be that Diane Schwenke just likes gambling.

After all, the chamber opposed another big job creating vice, Amendment 64, which legalized recreational marijuana in Colorado. The chamber also supported banning the commercial production and retail sale of marijuana locally.

In 2003, Mesa County voters turned down Amendment 33, a gambling measure very similar to Amendment 68, by a whopping 57 percent margin. Back then, 7,696 (just 21%) of people voted in favor of Amendment 33 to 28,192 (78%) opposed [pdf, at at page 36]. Like Amendment 68, Amendment 33 would have approved video lottery terminals at racetracks and gaming establishments. It would also have devoted part of the gambling proceeds to Great Outdoors Colorado, which arguably has less emotional appeal than supporting cash-strapped schools.

The chamber says it thinks gambling will be good for western Colorado because it will create jobs, but legal pot is already a proven job creator, and a fast-growing new industry in the state. Legal pot has already boosted tourism in areas that have embraced it, and provided a new revenue stream to the state and municipalities that have approved its sale. So why isn’t the chamber lobbying for retail marijuana locally?

Colorado’s Biggest Casino Would Be in Mesa County

That’s a whopping number of machines.

A gambling business with 2,500 slot machines would mean a new casino in Mesa County would be bigger than the biggest casino currently in Colorado, the Ameristar Casino Resort in Black Hawk, which, according to the Colorado Department of Revenue’s Division of Gaming, currently has just under 1,500 slot machines.

What’s more, good legislation should provide a nexus, or logical link, between allocation of a new revenue stream and how that money is generated. For example, funding schools with a cigarette tax doesn’t make sense because smoking rates are declining. A tax would accelerate that decline, and hence school funding would decline over time. It would make more sense to use a cigarette tax to fund smoking cessation, because as smoking declines, the need for smoking cessation will also decline.

But by supporting Amendment 68, the chamber not only flushes this logic down the toilet, it also throws Mesa County citizens under the bus.

Mesa County citizens already suffer some of the lowest wages, highest DUI rates, highest suicide rates and highest rates of unemployment in the state. There’s plenty of fodder for mental health problems here already. Adding gambling to the mix will just increase it.

Supporting our Schools Shouldn’t be a Gamble

Casinos in Cripple Creek, Colorado have seen a 7.2% decline in bets wagered this year compared to last year, and in the last year and a half, gaming has declines more than 10%.

The Revel Casino, Atlantic City’s newest casino, a $2.4 billion project that opened not even two years ago, just closed its doors this week and never lived up to the hype that surrounded its opening.  And it wasn’t alone in its failure. The Revel was the second casino in Atlantic City to shut down after the 2014 Labor Day weekend.

This could be why no Colorado school districts have publicly come out in support of the Amendment 68. The Colorado Association of School Boards is concerned about the unpredictable funding stream the initiative would bring.

Once again, the Grand Junction Area Chamber of Commerce has made a bad decision about what to support in an election year. They have either not spent enough time exploring the issue to see the down side of it for the community, or they have decided to simply ignore the down side. We’ll never know, because they never say, and what they’ve said so far doesn’t indicate they have much insight into the issue. By supporting Amendment 68, the chamber is supporting another pie-in-the-sky, boom-and-bust industry that will put an even greater burden on area mental health services and create even more uncertainty in school funding than we currently have.