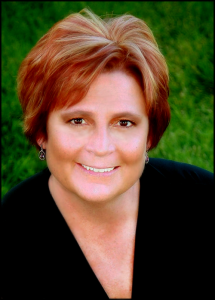 Mesa County Clerk Sheila Reiner blamed the printer for the first screw-up of neglecting to include the two measures on some ballots, even though before commencing a print job a printer offers the customer, who in this case would have been Reiner, a proof to approve to assure accuracy of the final print job. If Reiner did not get a proof of the ballots prior to printing, she definitely should have requested one. When she got the ballots, she should have examined them for accuracy before mailing them. Ms. Reiner apparently did none of these things, but instead passed the blame onto the printer, without saying who it was. 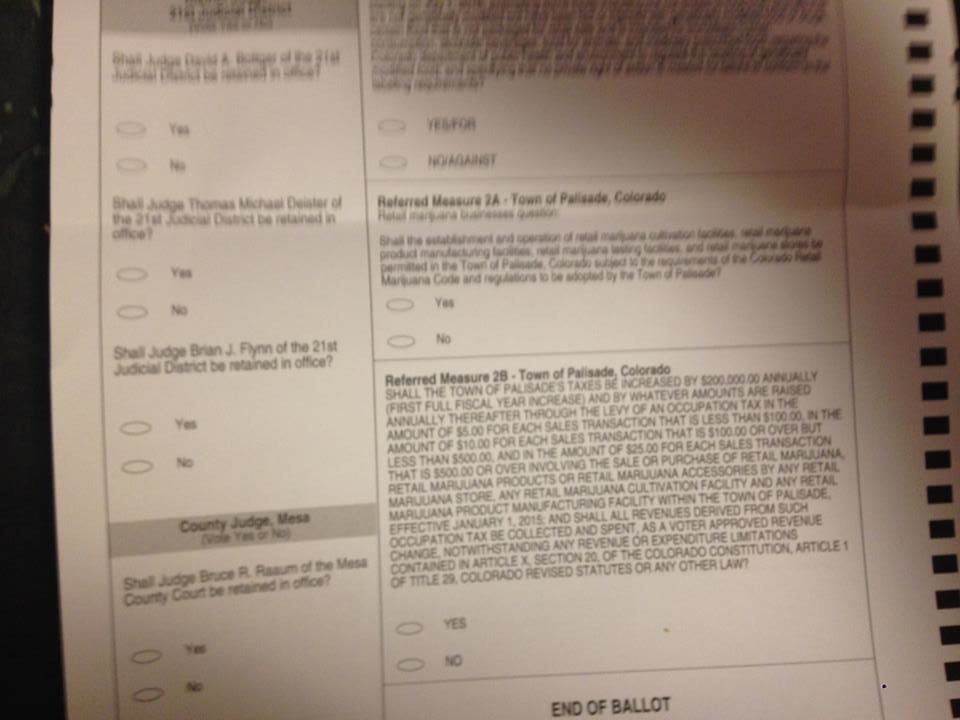 Ballot received by a county resident who lives near, but not in Palisade, that contains Referred Measures 2A and 2B. The two measures are only supposed to be voted on by residents within town limits

If voters approve the measures, Palisade would become the first town inside Colorado on I-70 where tourists could legally buy recreational marijuana. The measures have great potential to boost the town’s coffers and local economy in general, as well as increase Palisade’s already considerable agricultural-tourism appeal.

Reiner hasn’t yet said who she blames for residents who don’t live within town limits getting ballots with the two measures on them, but we’ll guess she’ll likely say it wasn’t her.

Update: Sheila Reiner called at 6:15 this evening to say she believes the error occurred with her print vendor in Arizona who appears to have grabbed ballots out of the wrong stock during the stuffing procedure for ballots destined for a particular area of the Palisade outskirts. There is a number printed vertically along the right side of every ballot’s outer envelope, to the right of the address window. Sheila is trying to figure out who got them, and how many are wrong. If you got the wrong ballot, please call the Mesa County Clerk’s office at (970) 244-1662 to tell them your ballot number and let them know.