Note: The following commentary was written by, and reprinted with permission from a local tea party activist who goes by the handle “American Patriot.” A few spelling errors have been corrected and links are provided to further information, including the City Ordinance cited in the piece, which was fully in effect in 2014. 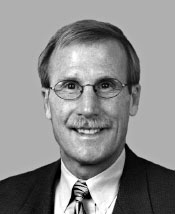 Former Congressman Scott McInnis won a seat on the Mesa County Commission in November, 2014, even though his campaign broke several rules, including illegally posting campaign signs on power poles without permission and waving signs while standing on city medians in violation of City Ordinance 9.04.250, titled “Prohibition against standing on or occupying medians.”

Just before the last election, it was reported that Scott McInnis was parading up and down the Highway 6 and 50 traffic medians parading a political sign. And the Matt Lewis for sheriff campaign was engaged in the same illegal activity at First and Grand in violation of City Ordinance 9.04.250 which specifically forbids the use of medians for “political campaign activity.”

It would be bad enough if it were only a commissioner-elect and a sheriff-elect that flagrantly, if unintentionally, violated the law of the land, but wait for it; here’s the kicker. It was none other than our incumbent District Attorney Pete Hautzinger, who was sign-waving on behalf of sheriff elect Matt Lewis’ campaign while occupying a designated median at 1st and Grand. Now, if you or I were to do the same thing, it could cost us up to a thousand dollars and/or one year in jail.

Have you ever heard the saying, usually used by prosecutors, DA’s and law enforcement officers that “ignorance of the law is no excuse?” Well, between McInnis, Lewis and Pete Hautzinger, which one of those three do you think could get away with using ignorance of the law as a defense? Well, maybe if they just plead ignorant, a jury of Mesa County voters could buy that?

No doubt any of the three would rather be seen as ignorant rather than unethical lawbreakers. But that’s just an unproven theory. But how would you like to find out? You can, you know, by making this commentary go viral. There are thousands of eyewitnesses out there, myself included in the case of Hautzinger, which brings us to another unproven theory that just happens to be common knowledge: There are some folks in G.J. that are just above the law. Have any of them been cited or charged? Have they even been contacted by police?

Well, so much for that theory being unproven, which brings us to another violation of the law: selective enforcement.  And the list of un-indicted co-conspirators rises exponentially, and maybe they’ll all want to plead ignorance, too. Or maybe with all those thousands of eye witnesses, which could include law enforcement officers, district attorneys, county commissioners, city councilmen, and oh yeah, boo coo voters from both political parties, (and perhaps some media types) it would just be impossible to establish probable cause that a crime had been committed. Our very own elected Larry, Curly and Moe were the very people who committed that crime, even though the crimes were committed in broad daylight, using every device known to man to attract public attention, including standing on a designated median that “separates traffic for vehicular travel into opposite or different directions. between two lanes of traffic moving in opposite directions,” while waving a sign (pasted from ordinance) 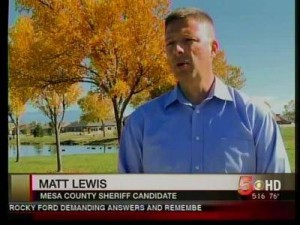 If it’s true that you can indict a ham sandwich, well hell, even Pete Hautzinger could build this case. But where is the ACLU when you really need them?

What are the people to think? What are they to believe when absolutely nothing is done about this “in your face,” arrogant and unethical behavior by our elected officials? Have we gotten to the point where it’s all just white noise? Is this what we’re to accept as government leading from behind? Is this the state of our nation? Maybe so, but one thing is certain; we are no longer a nation of laws, nor are we a nation where our leaders take personal responsibility for their own actions.

Who will hold these people accountable for breaking the law, when they are the law in Mesa County? While it is a fact that panhandling bums are held to account to the same law that these elected officials willfully violated, it can also be argued that at least some of the panhandling bums broke the law through necessity. No one can argue that the bums should hold elected office; even though maybe they should, even if for just a few days…in the interest of accountability to justice.

McInnis Campaign Fails to get Permission to Post signs, October 6, 2014

Petition: Change the Name of “McInnis Canyons” Back to Previous Name, August 24, 2014