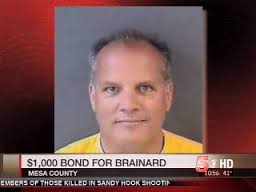 In response to an April 29 article by Shockley about Ms. Charlesworth’s conviction, Brainard tweeted, “XOXO. That darn Karma is a son of a gun.” Shockley retweeted the comment, helping Brainard further magnify it.

Rick Brainard was arrested in April, 2014, for assault four days after being elected to Grand Junction City Council. He struck his girlfriend hard enough to bruise the entire side of her face. In his arrest affidavit, he told police he had to hit her because she “needed to shut her mouth.” An online petition urging him to relinquish his seat on Council went viral, garnering over 15,000 signatures nationwide. Brainard made his first court appearance on May 6, the very same day he was sworn into his seat on Council. He was sworn in amid historic protests from community members who stood en masse, with their backs turned on him, as he took his oath. Protesters had spent weeks rallying against Brainard in front of City Hall and preparing to organize a recall attempt, because he staunchly refused to step down from his seat on Council amid the uproar.

Ms. Charlesworth was one of many Grand Junction citizens who spoke out against Rick Brainard. In her talk before Council to pressure him to resign, she said she had experienced domestic violence, later saying she was able to admit this to herself only many years after it had occurred. It was this statement that contradicted an answer she had written on a jury questionnaire eleven years prior in the murder trial of Michael Blagg. In 2004, she had replied “No” to a question on the jury questionnaire about whether she or any family members had experienced domestic violence. Ms. Charlesworth has never been struck by an intimate partner, and a definition of “domestic violence” was not given on the questionnaire. 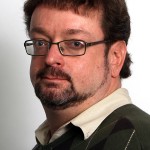 Blagg was convicted of murder and abuse of a corpse in a unanimous jury verdict in 2004. Blagg’s defense team apparently has had someone stalking Ms. Charlesworth after her jury service ten years before, looking for a defect — any deviation or inconsistency in speech or behavior from statements she had made on her pre-trial jury questionnaire — that would give them an opening to request a new trial for Blagg. It was unclear whether other jurors in the case were similarly stalked. They found such an inconsistency in what Ms. Charlesworth had said at the city council meeting with Rick Brainard that day in 2013, versus what she had written on her jury questionnaire fully a decade before, and used that to successfully get Blagg a new trial.

To see the entire detailed story of Rick Brainard, his arrest and conviction for assault and the upset he caused in this community, enter the search term “Brainard” in the search box for this blog.