In 2014, Pew surveyed over 35,000 American adults, and compared the results to a similar large survey they did on religiosity from 2007. The results show a sharp reduction in the number of people who say they believe in God, pray daily and attend church regularly, particularly among millenials. The share of U.S. adults who claim to be “absolutely certain” God exists dropped from 71% in 2007 to 63% in 2014.  Of Americans who continue to believe in God, though, a declining number say they believe with absolute certainty. In 2007, 79% of people who believed in God were “absolutely sure” their God existed. In 2014, that number dropped to 74%.

Rapid Growth in Non-Believers on the Western Slope

As the U.S. goes, so goes Colorado’s western slope as well. 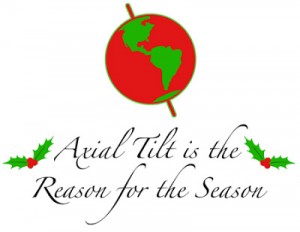 Western slope residents are similarly becoming more open about their lack of belief, and increasingly seeking and finding others of the same mind.

Since 2007, the number of western slope groups providing fellowship, advocacy and recreation specifically for non-believers has boomed. They include Western Colorado Atheists and Freethinkers (formed in 2007 and based in Grand Junction), Humanists Doing Good in Fruita, Humanists, Atheists, Freethinkers and Agnostics – Montrose (HAFTA Montrose), which formed in 2014, the San Juan Secular Society in Ridgway and Durango Skeptics and Atheists. There’s even an atheist dating website for Glenwood Springs.

The increase in openly secular residents in western Colorado has led to more challenges of religious incursions into the public square, like Bible studies and church promotions in public schools, and prayers at city council and county commissioner meetings.