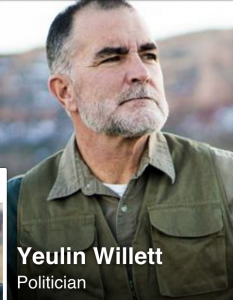 Things aren’t going too well for folks here in Mesa County, but you wouldn’t know it from what Colorado House Representative Yeulin Willett is up to.

Rep. Willett is sponsoring a bill to make it legal for women to wear pink when hunting.

Yes, isn’t that just so wonderful of him to consider what the little ladies would prefer to wear in the woods?

In the mean time, more Mesa County residents than ever are living in poverty, falling into homelessness and freezing in the cold, working at low-paying jobs, more District 51 kids than ever are going hungry and more of our citizens are committing suicide.

Nearly twice as many people in Mesa County received unemployment benefits in September, 2015 compared to the same month last year.

The nonprofit group Kids Aid, which sends backpacks full of food home with District 51 students who would otherwise go hungy over the weekends, now serves over 2,000 underprivileged kids every week in Mesa County.

A recent housing study found that in the past 10 to 15 years, Grand Valley salaries have lagged behind the state average, while the poverty rate has increased here. At the same time, local housing costs now match those in areas with higher wages, and almost 53% of Mesa County renters face an onerous cost burden in trying to cover the cost of their housing.

Homeward Bound, Grand Junction’s homeless shelter, recently had to beg the City and County for financial help to stay open because of an increase in the number of homeless people seeking shelter. Homeward Bound is currently operating on the last few thousand dollars of it’s financial reserves. The shelter is in desperate need of simple necessities Rep. Willett probably takes for granted, like toilet paper, over-the-counter pain medicines, cough drops and salt and pepper.

Add to all this that privately-insured western slope citizens face significantly higher medical costs than people elsewhere in the state.

Substance abuse is on the rise in Mesa County and according to the Mesa County Coroner’s Annual Report, our area saw a 24 percent increase in suicides just from 2013 to 2014.

And let’s not forget the residents of the Whitewater and surrounding areas, who, despite years of protesting and begging elected officials for help, are still living in a hazardous waste hell that is damaging their health and tanking their property values.

Twiddling Thumbs in the Legislature

In the midst of all this, Rep. Willett plans to sponsor a very important bill in 2016 to allow hunters the option of wearing pink in addition to fluorescent orange. The intent of the bill, Willett says, is to encourage more women to take up hunting.

Was there a local constituency pushing for this bill? Is the ability to wear hot pink while hunting really a burning issue on the western slope?

This bill is almost as weird as former Rep. Ray Scott’s 2014 bill to create a Scottish-American license plate. That bill had absolutely no pressing need, would have financially benefitted a single group that has practically no constituency on the western slope, and not a single western sloper asked Scott to introduce it. It was a pointless waste of Rep. Scott’s time in the legislature, and now Yeulin Willett is following closely in Ray Scott’s embarrassing footsteps by bringing even more pointless, unnecessary legislation. 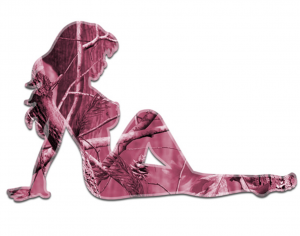 Perhaps Rep. Willett honestly believes that no Colorado woman in her right mind would be seen gutting a deer while wearing fluorescent orange. Or maybe he truly believes lots of western slope women would secretly LOVE to take up hunting, but the blaze orange they currently must wear clashes too badly with their eye shadow.

Oy, Vey, What are Our Crazy Legislators Thinking?

Maybe instead of worrying about how many women might be put off by wearing blaze orange while hunting, Rep. Willett might consider introducing some bills that could make a huge difference to the quality of life for his struggling constituents, like one to increase the state’s minimum wage, or help working parents afford quality child care, or get paid sick leave at their jobs or reduce the cost of tuition for higher education, for example?

Of course, things like this may never have crossed his mind, or what is left of it, anyway.

It sounds like Rep. Willett may have already been in the state legislature too long.