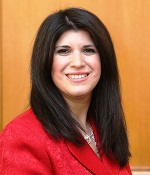 Half of Mesa County residents who are eligible for food stamps get them, while the other half who apply are routinely turned away.

Rose Pugliese, the Mesa County Commissioner who leads the Department of Human Services (DHS) commission in charge of managing food stamp programs in Mesa County, has picked nasty public fights with county DHS management (video) and follows her predecessor, Janet Rowland, in trying to restrict Mesa County residents from participating in federal food assistance programs. But this spring, the state legislature passed a new law aimed at fixing problems with food assistance programs at the county level like we have in Mesa County. Now the County Commissioners’ interference in the processes of approving area residents for these programs will surely fall under state scrutiny.

“These are people in need, and they qualify for assistance, but our current systems don’t always do a good job of getting them the help they need,” said Colorado Sen. Pat Steadman, lead sponsor of Colorado’s Senate Bill 16-190, which aims to improve the efficiency of public assistance programs at the county level, and get more food assistance to Colorado citizens who need it most. In an incredible show of bipartisanship, the state legislature passed SB 16-160 unanimously, and Governor Hickenlooper signed the bill into law on June 1, 2016.

The Food Assistance Program — the federally-funded program commonly known as food stamps — provides eligible families with modest monthly funds to purchase food, averaging only about $1.40 per person, per meal. The majority of eligible people are children, seniors, working adults, veterans and individuals who are disabled.

Both the state of Colorado and Mesa County in particular have had longstanding problems with the administration of food stamp programs and chronic underperformance of the program at the state and county levels. Colorado ranks 45th in the U.S for access to food stamps and has hovered near the bottom of the national rankings for over a decade. As a result, the state is losing over $686 million in grocery sales annually — funds that could help feed the Coloradans most in need, and boost local economies. 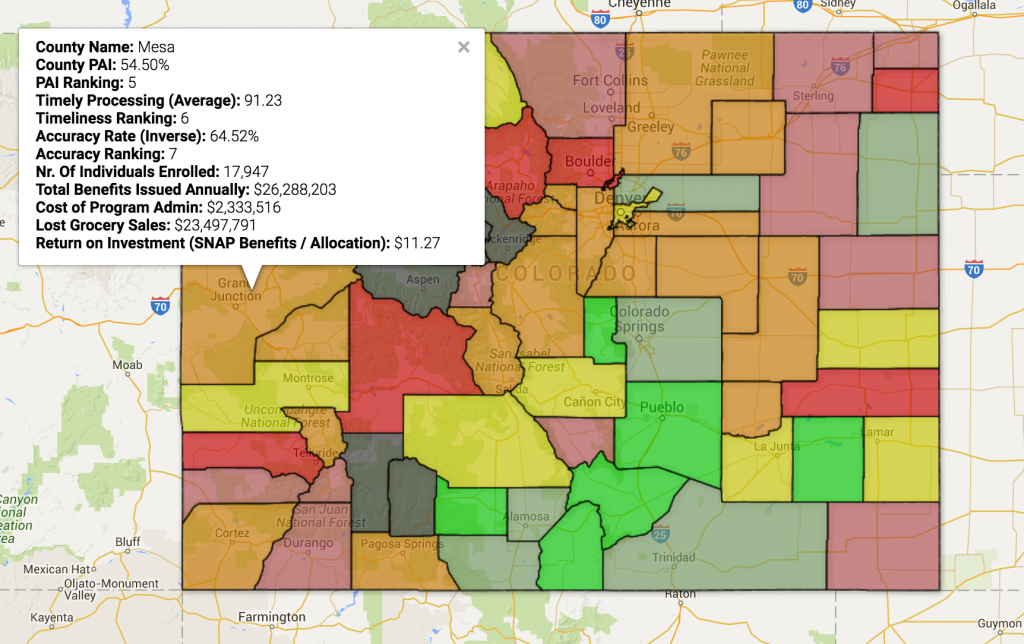 Hunger Free Colorado reports that Mesa County approves a shockingly low 54.5% of eligible applicants for food assistance, and loses about $23.5 million in grocery sales annually due to barriers the county places in front of area citizens who try to apply for food stamp programs

Mesa County is one of the worst performers in the state when it comes to administering food assistance programs, losing out on $23.5 million in additional grocery sales annually – funds that not only would feed many of our county’s most vulnerable residents, but which would also boost our troubled local economy.

Mesa County’s exceptionally bad record at delivering food stamps and other public benefits was a factor in the bipartisan passage of Senate Bill 16-190 this session. Mesa County limped along, approving only 54.5% of eligible applicants for food stamps, and the county has an accuracy rate of only 64.52% in processing applications. The only measure that came anywhere close to meeting federal guidelines was the county’s speed of processing applications, at 91.23%. Overall, though, the end result is that nearly half of all Mesa County residents who are eligible and apply for food stamps are quickly told they are not eligible and turned away.

The new legislation takes three important steps towards fixing this situation, though, which could make things better for county citizens:

First, it creates an incentive for counties to examine what’s wrong with their administration of food stamps by allowing the State to pass existing federal bonuses and penalties on to counties that either do good work administering assistance programs, or that screw up in processing applications for food stamps. Counties with poor program administration will be penalized unless they improve. If they do improve, they’ll get a financial bonus.

Second, the new law calls for an in-depth analysis of why food stamps and other public assistance programs work better in some counties than others, and what resources are needed to get better results at the local level.

Third, the law adds three new staff to the Food Assistance office at the Colorado Department of Human Services: a program manager, a fiscal analyst, and a performance analyst. These new employees will increase the capacity of a severely understaffed office so the state can better help counties improve their delivery of food assistance.

The Mesa County Commissioners, and especially Rose Pugliese, are well known for their tendency to vilify the federal government and reject federal funding whenever they can, and at practically any stakes. 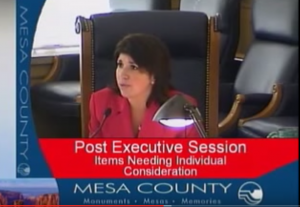 Federally-funded food stamp programs benefit the county financially, though, many times over, in addition to improving life for area citizens.

Not only are these benefits funded by federal sources, but Mesa County pays only about 25% of the cost of administering the program. Getting all the food for which they are eligible into the hands of our most vulnerable residents would cost the County about $500,000 more, but would provide a net gain to our local economy of $2.3 million.

The big questions now are, how many food stamp-eligible Mesa County residents have gone hungry, and how much economic benefit has Mesa County lost out on under four years of Rose Pugliese’s leadership?

With the county’s strikingly poor performance in this area, Commissioner Pugliese has cost our county millions in lost federal assistance.

With an estimated turnover of 2.5 times (the impact of dollars coming into the economy as they are spent by those who receive them), the federal funds the county has lost would have amounted to an economic impact of $230 million over four years.

Cost of Program Administration by Source:

This fall we’ll have an opportunity to vote Rose Pugliese out of office and elect people like Dave Edwards and Mel Mulder, who care about Mesa County citizens and don’t waste time and money making symbolic and ideological anti-government gestures that include rejecting federal help, often at the expense of human lives.