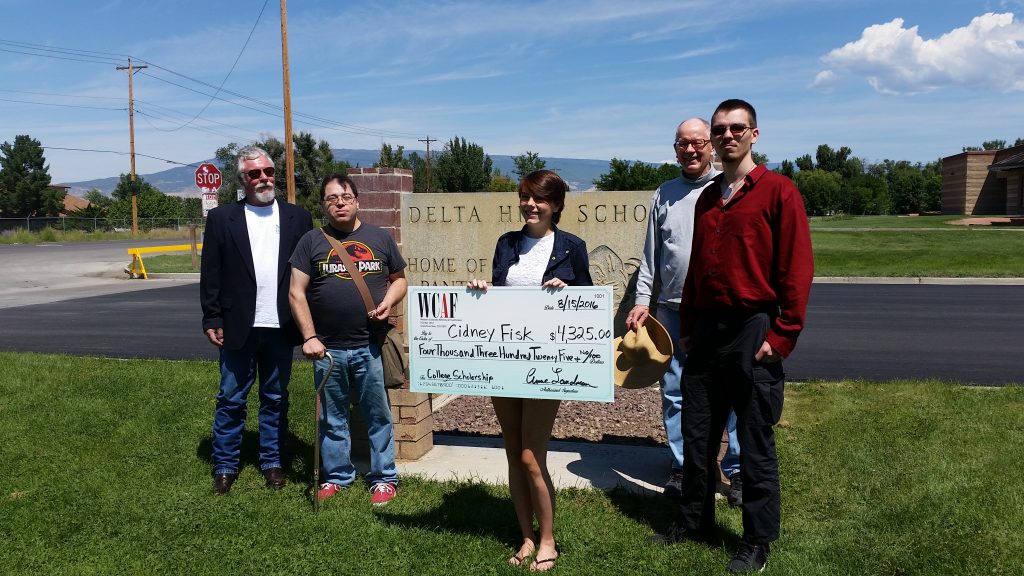 Fisk, an A+ student and captain of Delta High School’s Speech and Debate Team, contacted WCAF for help last spring with the in-school proselytizing in the Delta County public school district. Cidney knew the proselytizing was illegal and told WCAF that the school had hired Shelly Donahue, a Christian missionary, to give abstinence-only-before-marriage “sex ed” talks to high school students. Donahue’s talks were based on religious ideology, all of the slides in her talks contained religious crosses, and the talks did not contain any of the information the state requires be included in a sex ed curriculum, like information on contraceptives, STDs or HIV. Cidney also highlighted other problems with separation of church and state occurring in the Delta County School District, like youth pastors roaming campus and the Fellowship of Christian Athletes meeting during class time.

The Daily Sentinel featured Cidney on the front page of the paper in an April 1, 2016 expose’ about the Delta County School District. Cidney endured threats and harassment as a result, and not just from her fellow students. Her high school counselor said she would “hate to see” Cidney’s chances to get scholarships harmed if Cidney kept criticizing the school, and her student government teacher gave her Fs on her projects immediately after the Sentinel article appeared. When Cidney asked her teacher why she had gotten the Fs, he told her her grades would go back up when she stopped criticizing the school. The Fs threatened her ability to get grants and scholarships to attend college. WCAF set up a scholarship fund to help Cidney, and the donations toward her scholarship poured in from all across the United States and four foreign countries, after a local blog about her predicament went viral.

Cidney will attend Denver University in September. This scholarship made it unnecessary for her to take out any loans for her first year at the school.