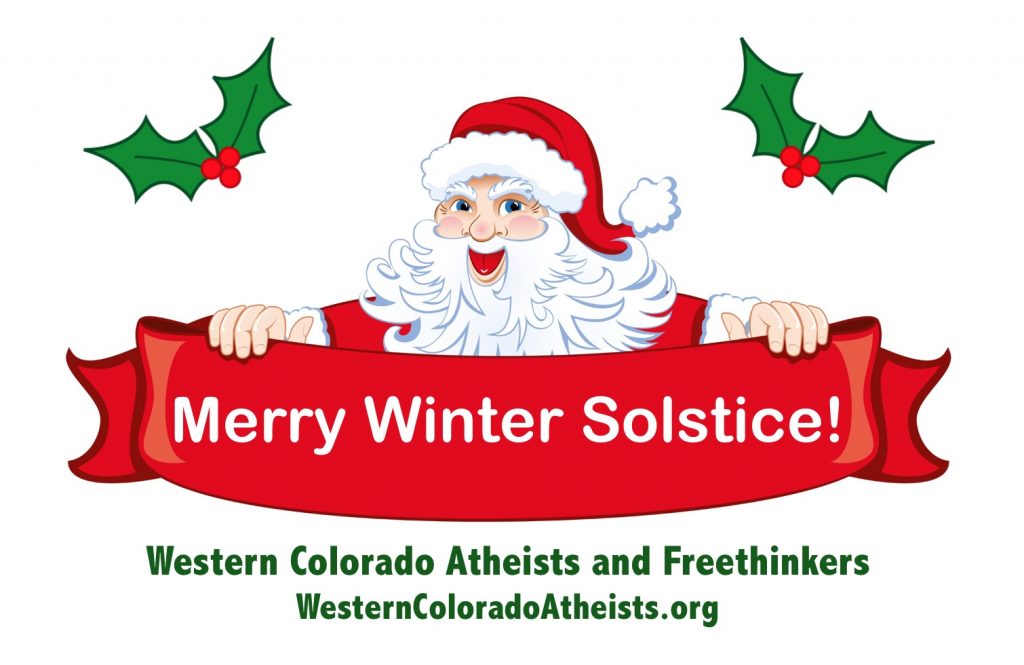 WCAF members hope to run this billboard in December in Grand Junction. To donate to help make this billboard a reality, go to WesternColoradoAtheists.org and click on “Donate.”

Western Colorado Atheists and Freethinkers, the western slope’s longest-established secular advocacy group, is hoping (NOT praying) to run a winter solstice billboard on Grand Junction’s I-70 Business Loop this holiday season. The group voted unanimously to gather enough funds to make the board happen. They need only $265 to run it for one week, and they hope to run the board from December 18-24, 2016. One donor has already pledged $100 to make it happen, so the group is quickly moving towards making its goal a reality.

WCAF was established in 2007, and will be ten years old next February. The group now has hundreds of Facebook followers.

People wanting to donate towards the billboard can go to WCAF’s “Donate” page and donate through PayPal. There is no minimum donation, all donations are tax deductible and 100% of donations go to WCAF. You can use a credit or debit card, and you don’t need a PayPal account to donate.

If WCAF raises more than the amount needed to run the board for a week, the extra will go towards keeping the board up until New Year’s Eve, and if even more money than that is raised, WCAF will put the extra towards running ads promoting Planned Parenthood’s free, anonymous “In Case You’re Curious” sexual health text service in Delta and Mesa County high school newspapers.

You can’t go wrong donating to WCAF this fall.

Here is the half-page ad the WCAF wants to run in Delta and Mesa County high school papers and magazines: 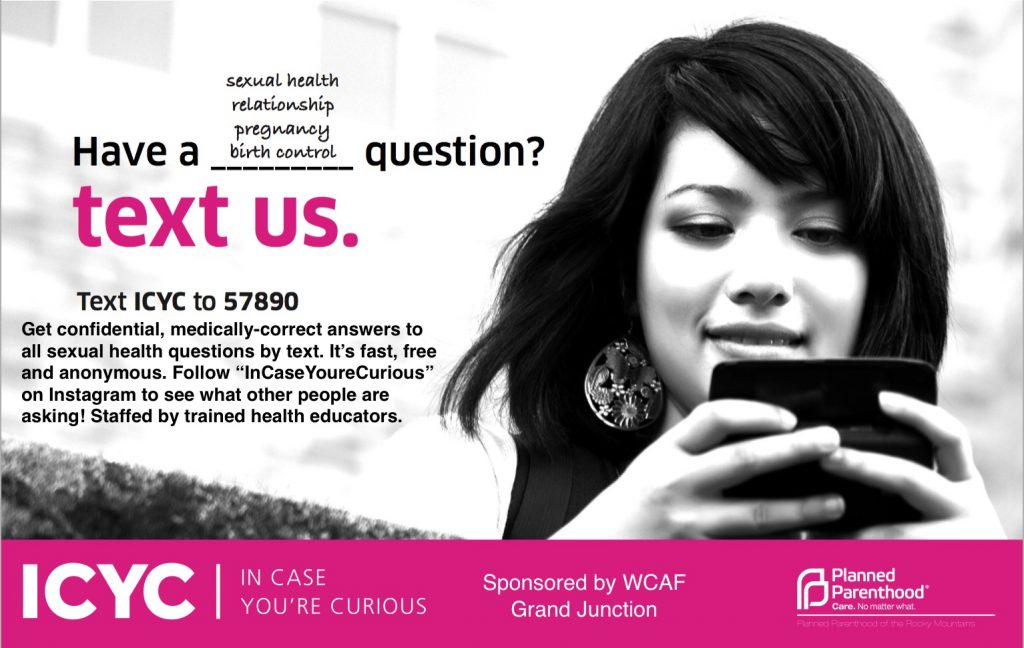 The ad WCAF hopes to run in Mesa and Delta County public high school newspapers this coming school year. To donate to help run these ads go to WesternColoradoAtheists.org and click on “Donate.”