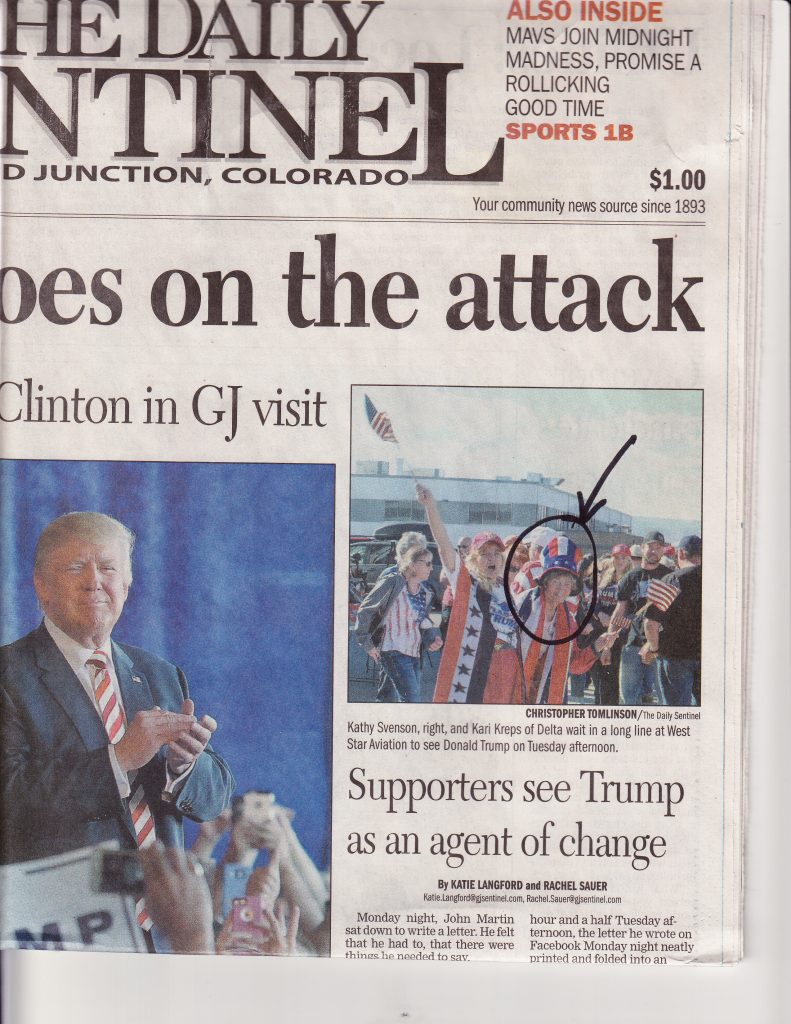 Former Delta County “Castration school board member” Kathy Svenson (arrow, in kooky hat) was one of the self-described “Deplorables” at Trump’s visit at West Star Aviation in Grand Junction yesterday

A woman who attended Donald Trump’s rally in Grand Junction yesterday appeared in a front page photo in today’s Daily Sentinel and was identified as “Kathy Svenson of Delta.”

Svenson was a highly suitable attendee for Trump’s rally. She is, in fact, a bona fide “Deplorable.”

Svenson is the famous former Delta County School Board member who gained notoriety nationally and internationally for saying transgender students should be castrated before being permitted to use the restrooms in public schools. She became known as “The Castration School Board Member” of Delta County, Colorado.

Svenson made her comments after the Colorado Civil Rights Division ruled that a 6-year-old transgender student could use the girls’ restroom at her school.

Vendors Make Money off the “Deplorables”

In the run-up to the Trump rally, Motel 6 barricaded their parking lot, was charging $20 a vehicle for parking with their hand-made signs demanding “No Protestors.” About 40 cars took them up on their $20 parking offer. Many of the vendors selling Trump swag to people waiting in line  — T-shirts, buttons, hats, sweatshirts — were minorities — African American, Hispanic, American Indian, etc. One vendor, a little embarrassed, confided quietly that “These are the folks who have the money to buy stuff.”

Here are some more pics from the Trump rally yesterday: 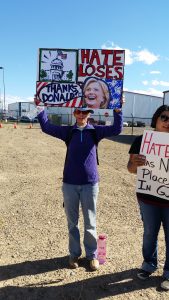 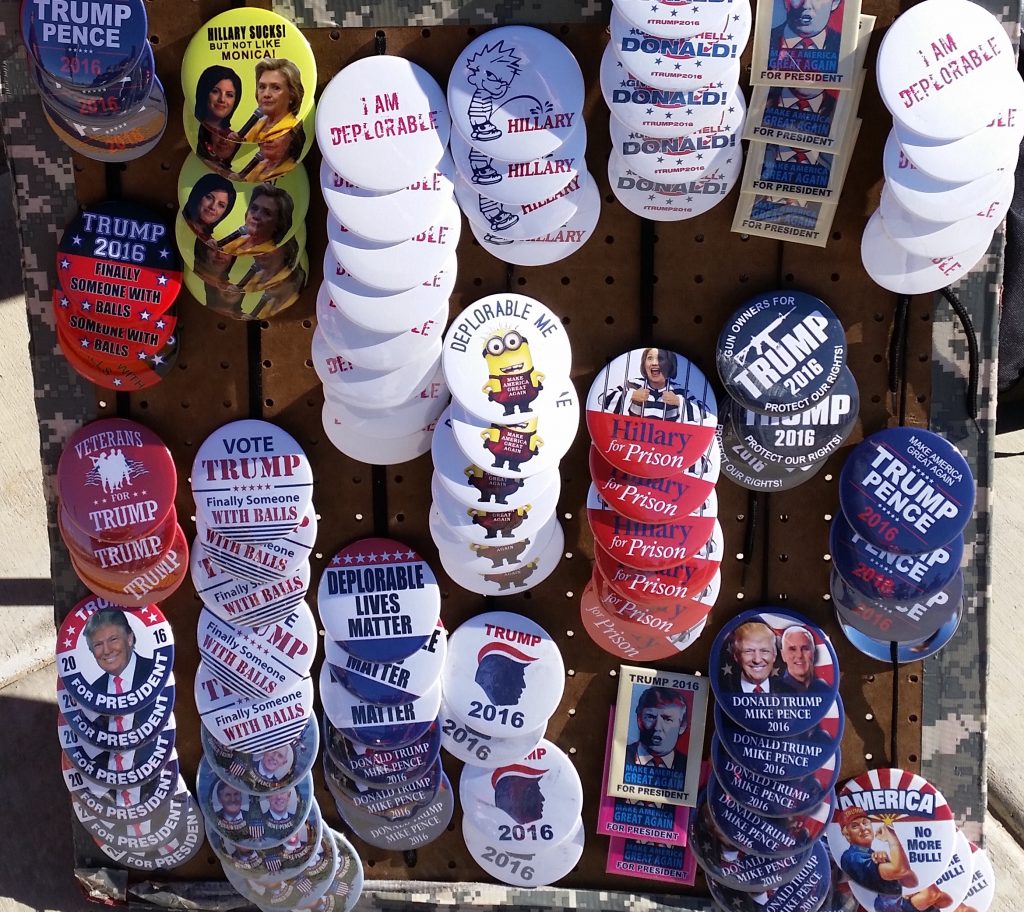 Buttons for sale at the Trump rally in Grand Junction 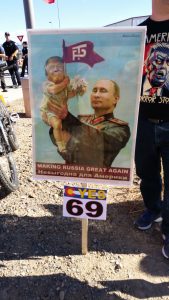 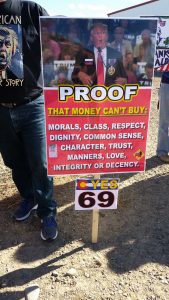 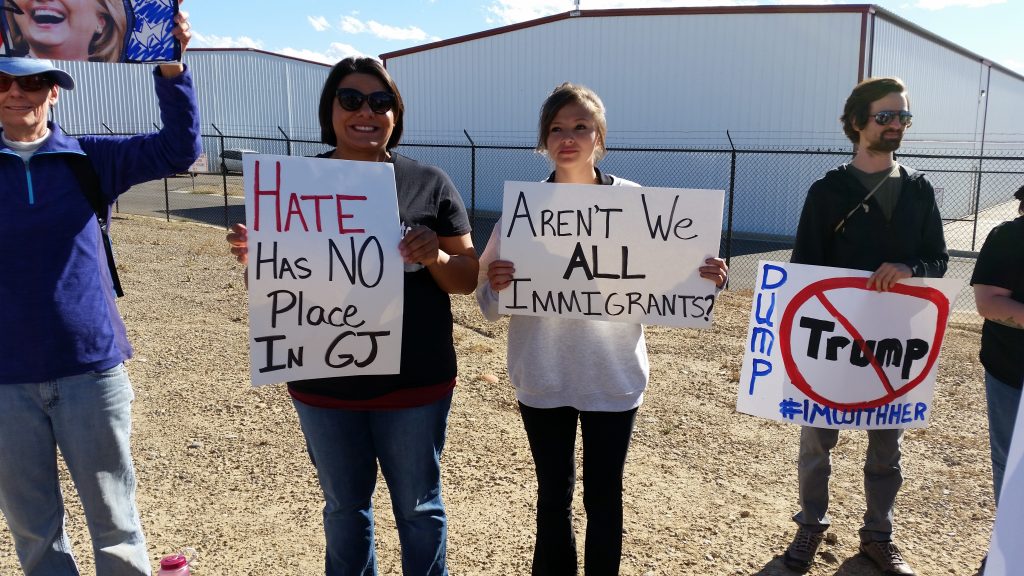 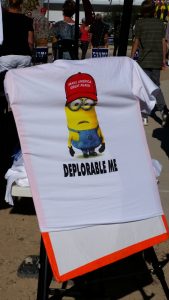 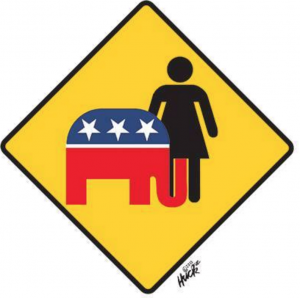