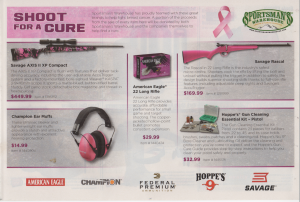 It’s October again, that time of year when pink gets slapped on all kinds of products, from toasters to waffle makers to beer pong tables, and ads urge people to buy stuff to prevent breast cancer.

Now Sportsman’s Warehouse has jumped into the fray, running newspaper ads selling pink guns and urging people to “shoot for a cure.”

How inappropriate is this?

Guns are Used Against Women at Astonishing Rates

According to a 2008 report from the U.S. Centers for Disease Control, firearms are the second most common cause of violent deaths of women, accounting for fully 29.2% of all violent deaths among females in the U.S. in 2008.

American women are eleven times more likely to be murdered with a firearm than women in other high-income countries. And forget about getting a gun to shoot intruders. Women are nine times more likely to be killed by their intimate partner than a stranger, so a woman stands a far greater chance of being killed by her husband or boyfriend with a gun than an unknown intruder.

And the rate of gun ownership in a state is directly correlated to the murder rate of women in that state.

“The level of gun ownership in a state is an extreme risk factor for death against women,” says Michael Siegel, MPH, of Boston University School of Public Health, who conducted a study titled “Firearm Ownership and the Murder of Women in the United States” published in January, 2016 in the journal Violence and Gender. The study found that “…for each 10 percentage point increase in state-level firearm ownership in a state, the female firearm-related homicide rate increases by 10.2% … and the overall female homicide rate increases by 7.3%.”

“The evidence is clear. When a woman is killed, it is most likely to be at the hands of an intimate partner with a gun, say April Zeoli, a researcher at the Michigan State University School of Criminal Justice and Shannon Frattaroli, PhD, MPH, of the Johns Hopkins Bloomberg School of Public Health, who also studied gun violence against women. 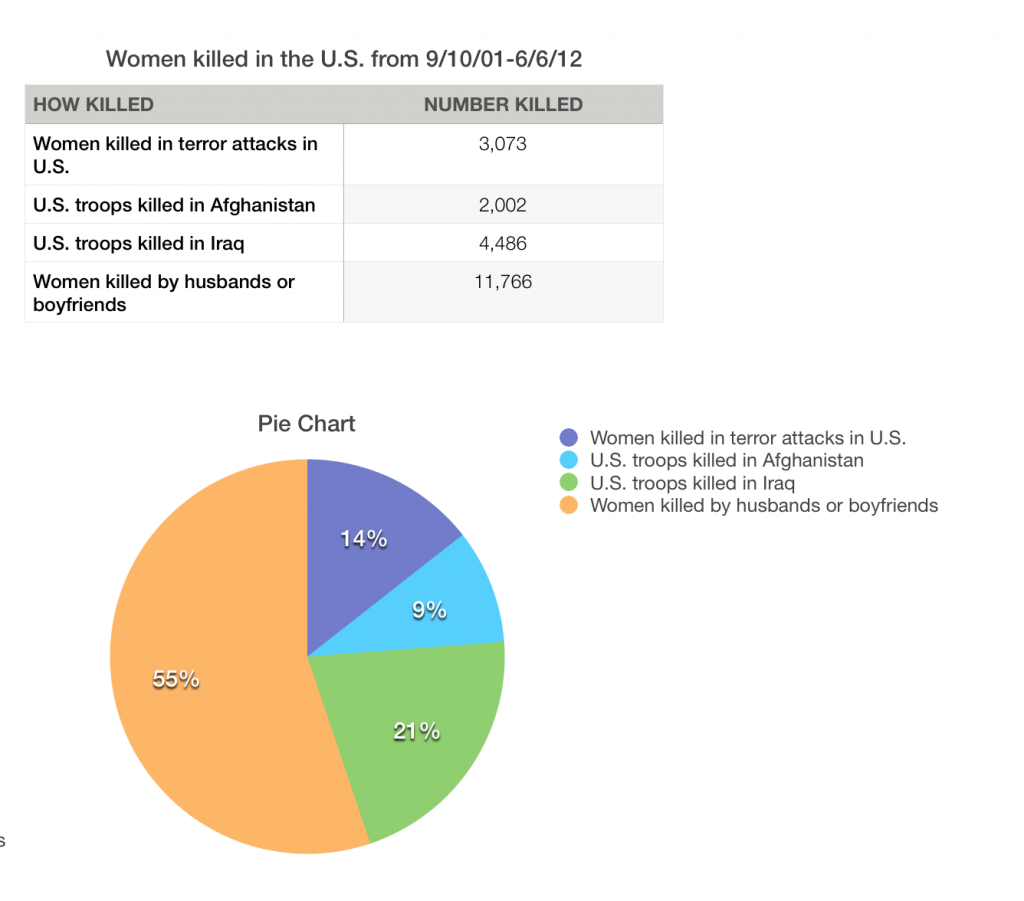 Statistics from the U.S. Federal Bureau of Investigation (FBI)

Guns Don’t Cause Cancer, But They Kill Just the Same

Guns don’t cause breast cancer, but they are undisputedly bad for women’s health, and men’s too. And making them pink doesn’t make them any cuter or less deadly, and it doesn’t reduce the growing U.S. body count from gun deaths.

Mingling guns with breast cancer is not just inappropriate. It’s insulting to both women and men, because men also get breast cancer. Both are dangerous, deadly and hard to control.

If Sportsman’s Warehouse really cared about the well-being of women, it would recognize that gun deaths are far and away more preventable than breast cancer deaths, and they could contribute tremendously to lowering the massive number of gun deaths across the country by stopping advertising and selling guns of any color in October, and every other month.