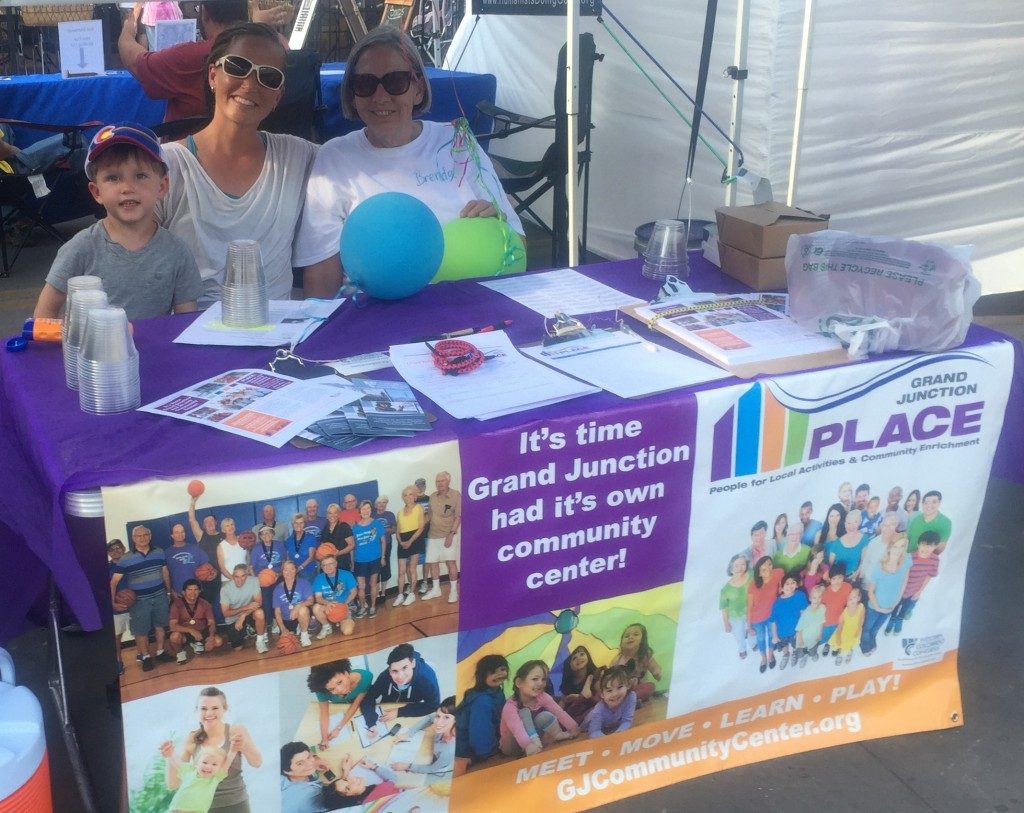 “What about us?” A GJ grassroots citizens group called PLACE has been lobbying for a community recreation center since 2015

The Grand Junction City Council announced plans to put a measure on the April, 2017 ballot to increase city sales tax by a quarter of a cent to fund construction of a 5,000-seat event center by Two Rivers Convention Center. The tax would cost every G.J. household about an extra $30 per year.

The only problem is, City residents don’t want an event center. Residents have said over and over that they want a community recreation center where people can gather to meet, recreate, learn and have fun indoors and outdoors year ‘round. They want a place where kids can go to have fun and stay out of trouble.

Grand Junction has long suffered with a lack of community places where kids, teens, seniors and families can congregate, have fun and learn.

In 2015, G.J. citizens formed a grass roots group specifically to lobby for a community recreation center, not an events center. The group, called People for Local Activities and Community Enrichment (PLACE) has been active over the last year pushing for a community center. The have a Facebook page in which they point out that we are one of the only cities of our size in western Colorado without one.

They have a point.

Every other western slope town of any size has a community recreation center. Grand Junction stands virtually alone in denying citizens such an amenity. 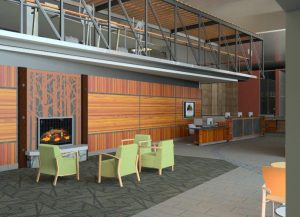 Glenwood Springs has a fabulous 65,000 square foot recreation center with a fitness gym with free weights, a spin bike room, inline skating center, child care facility, an aquatic center, dance studio, a challenging rock climbing wall, meeting rooms for conferences and banquets and more . Battlement Mesa has a 53,000 square foot rec center with outdoor activities. Fruita’s Community Center is 55,000 square feet and has meeting rooms, a senior center with activities like tai chi and nutrition classes, a gymnasium, a running track, a fitness area with free weights and cardio area, an indoor playground, a spa, and a climbing wall, two pools (one indoor and one outdoor), a pool party room, 5 lap lanes, a spa and a lazy river, and a special area for toddlers. Durango’s Community Recreation Center is over 71,500 square feet and has a lap pool, a leisure pool, deck, fitness area, indoor track, gymnasium, hot tub, racquetball courts, a cafe’, babysitting room, community rooms, youth games, kitchen/prep area and more. Delta’s Bill Heddles Recreation Center bills itself as a “world-class facility” and has a swimming pool, a therapy pool, a dry sauna, a children’s activity room, racquetball courts, conference and meeting rooms, a catering kitchen facility, lots of fitness classes for people of all ages, a full gym and a weight 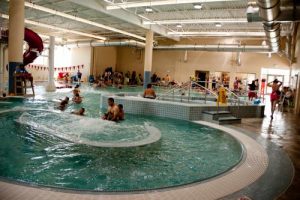 room. Montrose is preparing to open an 82,000 square foot, $29 million community recreation facility this spring which will be the largest recreation center on the western slope, thanks in part to Great Outdoors Colorado (GOCO) and other grants, a sales tax and local fundraising. The Montrose Rec Center will have three pools, 5,000 square feet for fitness equipment, a warm water leisure pool with a beach, an indoor water playground, a slide tower, a lazy river and a hot water wellness pool with jets. It will have a 27 foot climbing wall, a game room, an indoor walking track, hill course and stair course. Resident rates to use the facility will be $17/month for an annual pass. It says it will have “something for everybody in the family, from grandma and grandpa to mom and dad and the kids.” 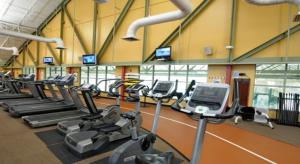 Our area has a lot of problems that could potentially be helped by a community recreation center.

Mesa County has a suicide rate twice the national average, and reached a record number of suicides in 2016 with the problem becoming particularly prominent among area teens. According to the 2014 Mesa County Coroner’s Office Suicide Report (pdf), the two biggest stressors contributing to suicides in Mesa County are depression and poor health. Many studies have found that recreation can help prevent and treat depression in people of all ages. Recreation reduces alienation, loneliness and isolation, which all contribute to depression. A recreation center could provide a social atmosphere that draws more people, young and old, out of their houses and gets them engaging more in community life. Physical recreation can trigger people’s built-in stress relieving mechanisms and reduce anxiety. Group activities strengthen social ties. Community centers also contribute mental health benefits (pdf) by helping reduce stress through physical exercise and companionship. They help reduce crime rates among children, increase property values, provide a safe space outside the house, and contribute to community safety by teaching classes on topics like CPR, first aid, how to use fire extinguishers, etc..

Recent research has shown that businesses are increasingly choosing to locate in places that offer access to a cadre of well-educated, creative, tech-savvy and talented young workers. To attract such a workforce, Grand Junction needs not just to improve its desperately under-funded school system — one of the lowest-funded in the state — but also offer more quality-of-life amenities. One major such amenity is a community recreation center. A beautiful canal road trail system plastered with “No Trespassing” signs all over it just doesn’t send the same vibe, or serve the same function. We need places that welcome, facilitate and encourage recreation and community participation.

According to the Post-Independent, the idea for an events center was introduced only six years ago, and by developers. By contrast, city residents — the people who live and work here, raise their kids here and really care about the place — have been asking for a community recreation center for at least 40 years, and have started actively lobbying for it.

It’s time the City listened to its citizens, started paying attention to what they really want and taking actions that tell City residents they’re worth investing in.