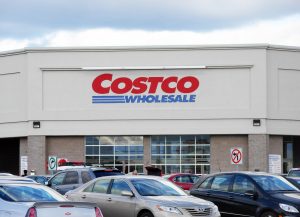 For years western slope residents have been hoping and wishing that a Costco warehouse store would open in Grand Junction.

Around 2010, rumors started circulating that Costco was considering locating a new store in Grand Junction. People even started proposing possible locations for the new store in the Daily Sentinel’s letters-to-the-editor column.

But Costco never came to Grand Junction, and to this day rumors continue to abound about why the area was passed up.

People blamed the Grand Junction Area Chamber of Commerce for chasing Costco away, saying the Chamber wanted to keep the wage scale low here, and Costco would upend our area’s low-wage apple cart. Costco is known for it’s generous wage and benefits packages, paying a starting salary of around $17/hour, or $45,000/year, and offering employees medical insurance, retirement and more.

Others claim Costco rejected Grand Junction because of our notoriously underfunded District 51 schools.

None of these are true.

Right from the Horse’s Mouth

Costco opens a few new stores in the U.S. every year, and Mr. Dobrota is in charge of determining the locations in the southwestern U.S. where Costco should open.

I asked Mr. Dobrota about Grand Junction as a potential location for a Costco, and cited all the rumors that have been circulating for so long about why they never opened a store here.

He said the decision about whether to locate a store here has nothing to do with the quality of the schools, the prevailing local wages, the educational level of the workforce or the Chamber of Commerce. He said Grand Junction is presently still on their “small markets list,” and they have been considering the area for some time. (Our area stretches to include Moab, by the way.) He considers demographics when weighing a new location, but the main factors he takes into account, he says, are the size of the market and any competitors in the area. Costco needs about 300,000 people in a trade area to open a new store, but needs even more if a competitor is present. So according to Dobrota, the biggest obstacle to Grand Junction getting a Costco is the presence of Sam’s Club, a direct competitor.

In the mean time, the closest Costco is currently in Gypsum, 110 miles or 1.75 hours’ drive east of here. Dobrota does not consider the Gypsum store to be “in our area,” though, so it’s presence isn’t a factor in whether a Costco will eventually open in Grand Junction.

The Gypsum store opened eleven years ago this year, by the way, and has been a tremendous boon to the town of Gypsum. The store generated enough revenue to help the town pay off a 20-year bond for its new recreation center in just 8 years.

And yes, folks, you read that right. Even the little western slope town of Gypsum, population around 6,800, has a publicly-funded recreation center, an amenity the City of Grand Junction has denied its residents for decades. 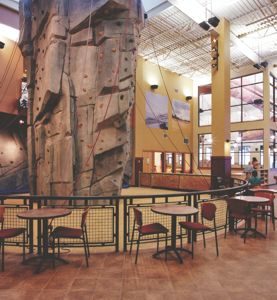 All this is paid for by a town of 6,800 people who agreed overwhelmingly to add one cent to their sales tax for the rec center, and a Costco.

But for now, Grand Junction has neither a rec center nor a Costco. But we do have a Sam’s Club that pays a starting wage of $9.97/hour, and a city council that won’t even entertain the idea of a recreation center.