Moab residents are not happy that the name “MOAB” is being associated with the massive bomb the Trump administration dropped on Afghanistan yesterday.

The largest non-nuclear bomb in the United States’ weapons arsenal, the GBU-43/B Massive Ordnance Air Blast (MOAB), nicknamed the “Mother of All Bombs” (MOAB). It was dropped yesterday, leading the acronym MOAB to be broadcast over national news repeatedly for the last 24 hours.

Asked about how Moab residents feel about the name of their town being associated with destruction, Moab City Councilman Kyle Bailey responded, “Mayor Sakrison and the Moab City Council sent a letter to Bush administration in 2003 protesting the association of the name [of this bomb] with Moab. Some people in Moab do like the association.” The city councilman sent a link to the February, 2003 BBC article about the mayor’s protest.

Moab Mayor David Sakrison (who is still mayor) wrote to then-President Bush asking him to rename the bomb out of fear the name would damage Moab’s image. Sakrison pointed out that the bomb was being described as “a monster,” and the town had long worked to make itself attractive as a destination for tourists from both the U.S. and overseas for its beautiful outdoor vistas and activities like rafting and rock climbing. 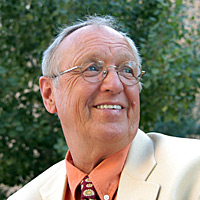 Mr. Sakrison told BBC, “We have spent years striving towards promoting a positive image for our town.”

The 2003 article did not say anyone in Moab was happy with the name. “We strongly believe that our town’s name could be severely damaged by naming the bomb after Moab, thereby negating years and dollars spent in marketing and promoting our town,” Sakrison wrote in 2003.