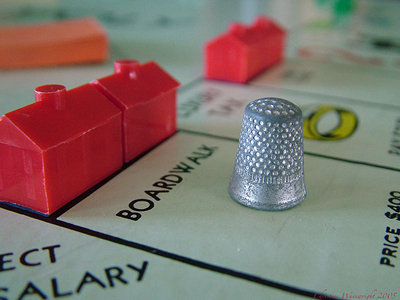 The way ballot proposals typically come about in Grand Junction, the Grand Junction Chamber, big local business owners and members of the Old Guard Republican Establishment (OGREs) conceive of some idea that benefits one or more established, successful businesses. They then try to convince people “our community is dying,”** promote this single idea as the only way to save the local economy, and portray it as the key to creating jobs. They may include language to the effect that their idea will also contribute down the line somehow to a project city residents really do want, like a community recreation center or more walking and biking trails.

Then proponents pool their money, hire a professional marketer to develop an ad campaign to make their idea look fantastic and then get their project on the next local ballot, where it gets trounced, because voters know it won’t really make their lives better as the bigwigs promised. Or voters go ahead and approve it only to see it never happen.

In a word, this method is a failure.

So what can a town do that really wants to make progress toward a goal of being “the most livable city west of the Rockies by 2025?”

What about asking city residents what they want, and are willing to fund with tax dollars?

This isn’t just a kooky idea. It’s a real thing, and it’s happening all over the world.

PB is a transparent budgeting process in which a municipality holds meetings and asks city residents what they want their tax money spent on.

Participatory Budgeting first started in 1989 in Porto Alegre, Brazil (pdf), as an experiment to increase democracy and achieve social justice for poorer neighborhoods by giving citizens a more direct role in government. At first, fewer than a thousand citizens participated, but by the program’s third year, 20,000 citizens were participating. After that, PB spread throughout Brazil, and as of June, 2000, nearly 100 municipalities and five states in Brazil were using some version of PB.

How does it work?

Very simply, a municipality is divided into regions and residents are asked, through a series of public meetings, what projects they would like to see in their area that could make their lives better, or increase their quality of life, and that they are willing to fund with their taxes. Each area may be assigned a budget to work within, or the whole town may have a set amount of funding to work with. Over time and through a series of additional meetings, the suggestions are boiled down to the most popular, financially realistic projects, a takes place, and people choose what to spend the money on. The projects get implemented, and people get a very real part in improving their neighborhoods and their lives.

Of course there’s a lot more to implementing PB, and this is a very simplistic description, but in a nutshell that’s it.

Why does it work?

Of course there are clear drawbacks to PB, too, like involving citizens with low levels of information and expertise in making important public policy decisions. But hey, doesn’t that already happen on city council anyway? At the very least, citizens could prioritize a list of projects they’d like to see their tax money spent on, thereby giving Council a better idea of what projects they could send to the ballot that would be more likely to garner support.

Where else has Participatory Budgeting been Implemented?

Since it’s start in Brazil in the late 1980s, use of participatory budgeting by municipalities has spread throughout the world. It is used in cities and towns in France, Germany, Italy, Spain, Portugal, in the United Kingdom and in some big cities in Canada, like Toronto and West Vancouver. The first city in the U.S. to implement participatory budgeting was the Rogers Park neighborhood in Chicago in 2011. Since then, New York City, Greensboro, North Carolina and Vallejo, California have all adopted PB. Boston even held a youth-led participatory budgeting process that let teens 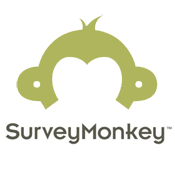 decide how to spend $1 million of the city’s budget.

Who knows better than the residents who live and work here what Grand Junction needs to truly become more livable?

Even if City Council rejects this kind of direct democracy as utterly absurd (and they probably will), they could at least do a SurveyMonkey poll to ask citizens what kinds of projects they’d rather fund than an event center.

Given that debacle, and given the huge +/- $45,000 promotional expenditure event center promoters put into this failure, a cheap survey of area citizens on this subject would be the very least Council could do to try and get back on track.

1 comment for “How About Letting the Rabble Decide What to Spend Their Own Tax Money On?”