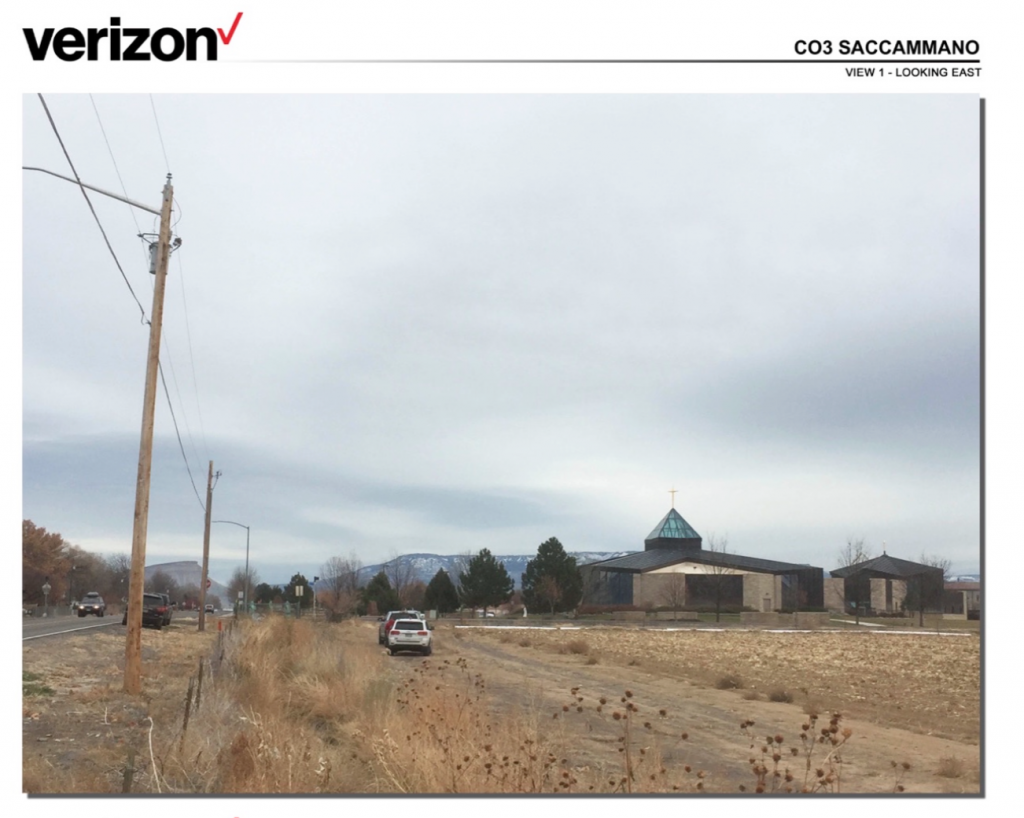 The spot where the proposed cell phone tower is to be located, in the field at 26 1/2 and G Roads, across the street from Holy Family School

If you live in the area of 26 1/2 and H Roads, a big change is coming to your neighborhood, and it may not be a change you’re going to like.

Verizon Wireless has submitted plans to the Grand Junction Planning Department to build a cell phone tower in a field right near the corner of 26 1/2 and H Roads, in the city-owned cornfield known as “Saccomano Park.”

City planners call it a “stealth” cell phone tower, meaning Verizon plans to disguise it as something else. The chosen design will make it look like a clock tower set in a corn field. There is no information about whether the clock will actually work or keep correct time.

The only signs of the impending cell tower installation are two small, yellow City of Grand Junction development signs stuck in the dirt, one along 26 1/2 Road and one along H Road. The signs don’t say anything about the proposal, but only display the phone number of the city planning department: 244-1430.

There are not going to be any public hearings or public comment taken on the cell tower installation, the planning department says, making it sound like it’s a foregone conclusion that the City will agree to it. 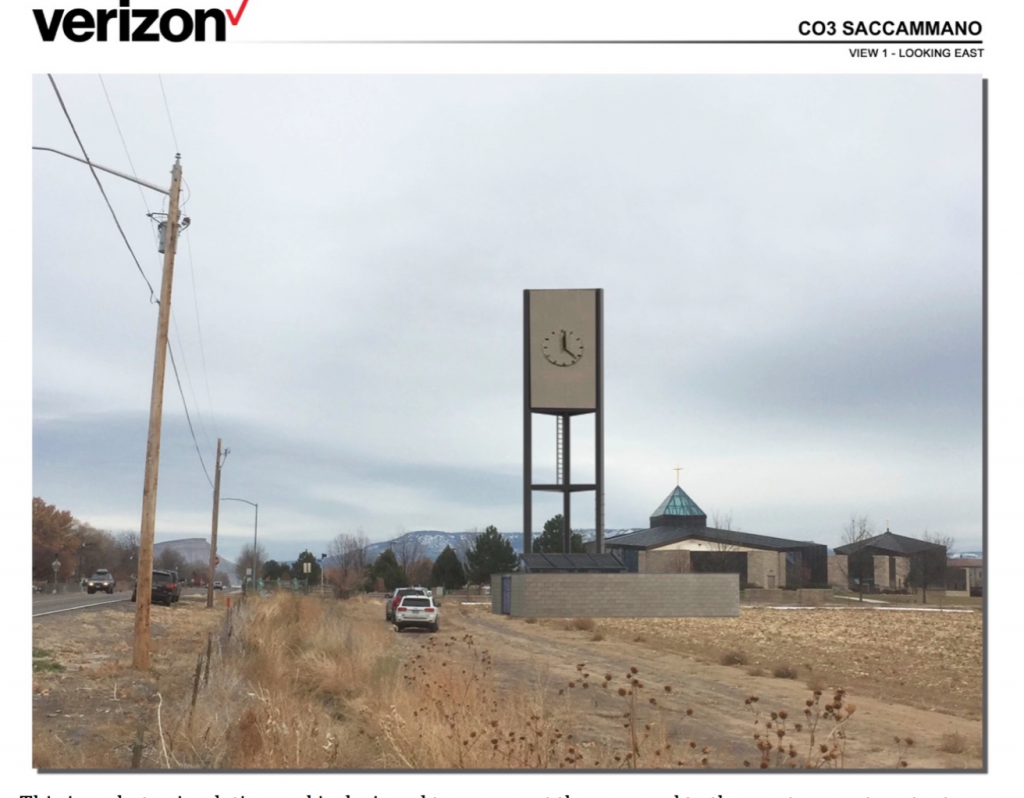 The way the proposed cell tower will look when completed

While some people are concerned about the electromagnetic fields cell phone towers generate, the towers also pose well-established hazards, the most common of which are fires, collapse, explosion and loss of surrounding property values.

Hazardous Materials Stored in the Base

Cell towers require backup power systems which are typically contained inside the base. These systems could be diesel generators or batteries, requiring significant amounts of hazardous materials like diesel fuel to be stored in the base. This makes the towers particularly hazardous when located near schools or daycare centers. This newly-proposed tower will be across the street from the Holy Family School.

In addition to fires, other hazards posed by cell phone towers include collapse from construction defects, worker accidents and deaths, increased criminal activity, falling ice and debris, and suicides from towers. Crime on cell phone towers is also a growing phenomenon. In particular, the theft of tower batteries has become a growing a problem in recent years. Cell phone tower batteries have become “the new copper” when it comes to hot items for theft. Googling “cell phone tower battery theft” shows many such crimes. In May, 2015, authorities caught a man in Pennsylvania who was suspected of stealing over 4,000 cell tower batteries from more than 500 towers in four states in the northeast. The suspect was a tower technician subcontracted by Sprint and Verizon. He sold the stolen batteries to a recycler in Philadelphia for $30 apiece, netting $122,000. More recently, in April, 2017 a thief was caught after stealing 64 batteries weighing approximately 40 pounds each from a cell tower in New Jersey.

A March, 2014 survey by the National Institute for Science, Law & Public Policy found that cell towers negatively impact interest in real estate properties. 94% of the survey’s respondents said a nearby cell tower or group of antennas would negatively impact their interest in a property, or the price they would be willing to pay for it. 79% said under no circumstances would they ever purchase or rent a property within a few blocks of a cell tower.

City Planner Dave Thornton says there will be no public hearings on the Saccomano Park cell phone tower because it is “part of the city’s master plan.” This infers that area residents have no choice in the construction of this tower. But this doesn’t mean you don’t have rights and can’t have any input into the proposal. You have the right to fight against losses to your property value resulting from the installation of a cell tower in close proximity. You have the right to protect yourself, your family and neighbors against the dangers of cell tower fires and collapse, which occurs more often than most people realize. You have the right to fight against having a cell tower negatively affect the character or aesthetics of your neighborhood, particularly if you bought your property on the implied promise that “Saccomano Park” was eventually going to be developed into an actual neighborhood park and not an industrial site. According to attorneys who specialize in fighting cell phone towers, you also have a right under the First Amendment to the U.S. Constitution to be heard in opposition to cell tower applications. The Constitution also  guarantees your right to petition local government for the redress of grievances.

By exercising these rights, people across the U.S. have not only defeated carrier’s efforts to install one or more cell towers near their homes or businesses, but have even managed to force a carrier to tear down a cell tower that was already near completion.

To make your thoughts known about the Saccomano Park cell phone tower, contact 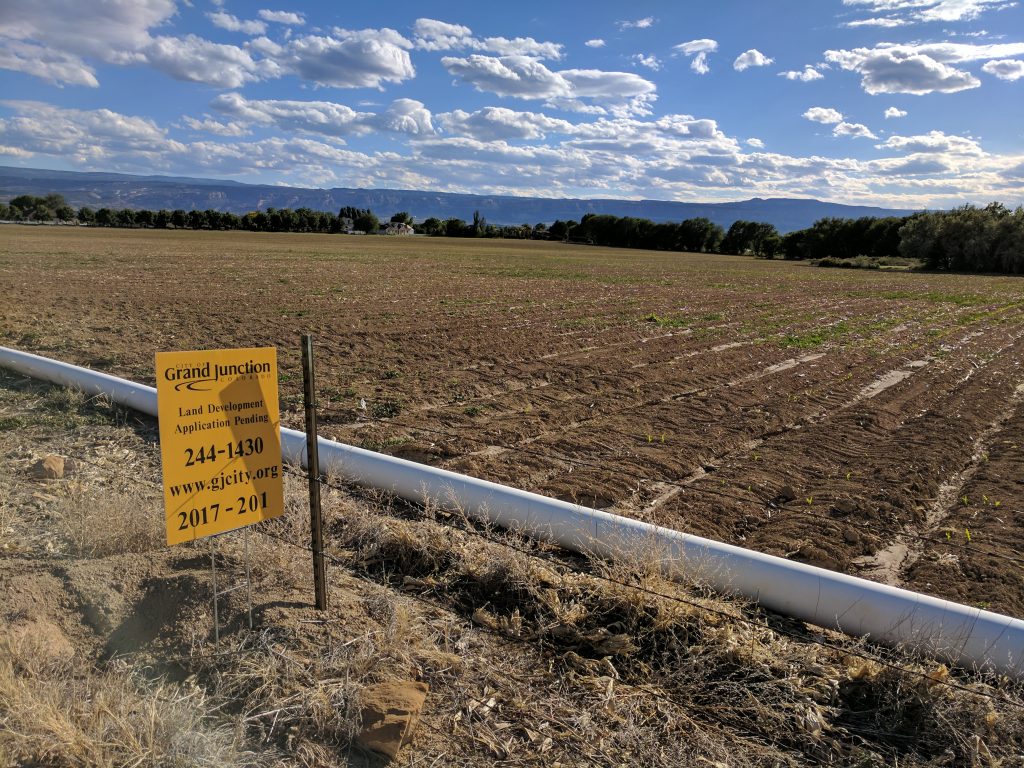