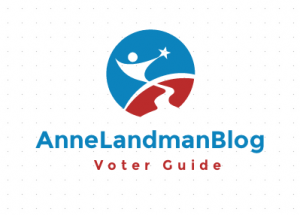 Following are AnneLandmanBlog’s recommendations on how to vote on this November’s Mesa County ballot (pdf). I’ve spent quite a bit of time researching the issues, listening to all the candidates, reading their websites, following the money spent on the ballot issues and researching both pro and con arguments on the tax measures. As a result, I have come to the following conclusions. A discussion of my thoughts on each vote follows the recommendations:

Ballot Measure 1A was a tough call. As a progressive, I am strongly inclined to vote for tax increases for public benefit, and especially for public safety, so initially I was a strong “yes” on 1A. But after looking more closely at the issue, it became clear that there are other avenues through which the County can raise money for this purpose without raising taxes, and lots of questions and red flags emerged about about who is promoting this measure and why. Ultimately I just developed too many reservations about the measure to be comfortable voting for it.

One problem with 1A is that the county could make additional money available for public safety without raising taxes by “de-Brucing,” but so far, the Mesa County Commissioners have refused to give residents a choice about de-Brucing to free up excess revenue, by putting the question on the ballot. The county should have done this first, and a long time ago.

NOTE: “De-Brucing” refers to anti-tax activist Douglas Bruce*, the author of Colorado’s 1992 Taxpayers’ Bill of Rights (TABOR) constitutional amendment. TABOR limits the amount of tax revenue Colorado governments can collect and keep, and mandates tax rebates if revenues exceed limits tied to allowances for population growth and inflation. In flush years, if the county collects taxes in excess of TABOR limits, they have to issue refunds to all the taxpayers. De-Brucing, or waiving TABOR limits for a specific reason, a particular project or amount of time, would allow the County to keep excess revenue they’ve already collected and put it towards things like public safety, capital construction or other needs. A number of Colorado counties including Adams, Alamosa, Chaffee, Clear Creek, Dolores, Elbert, La Plata, Pueblo and others have “de-Bruced” to provide additional funding for their Departments of Health and Human Services, parks, capital road improvements, preservation of wildlife habitat, and other projects. There is no reason we can’t do this in Mesa County as well.

Another consideration is that former Mesa County Finance Director William A. Voss, in April of this year charged the county with financial impropriety, and on October 21, 2017, Mr. Voss wrote to the Daily Sentinel about Measure 1A,  saying the proposed tax measure was unnecessary. Mr. Voss wrote in part:

“The County now collects in excess of $20 million each year which goes into the Capital Expenditures Fund.  Without the debt service payments of $3.5 million each year, the county is wallowing in funds for capital projects.  Without asking for a tax INCREASE, the Commissioners could have asked the voters to re-allocate a portion of the [existing] 1% [sales tax] to make it available for general government purposes, including law enforcement. They have refused to consider this option.”

It seems like Mr. Voss  would know what he was talking about, considering that he was long in charge of the County’s finances. 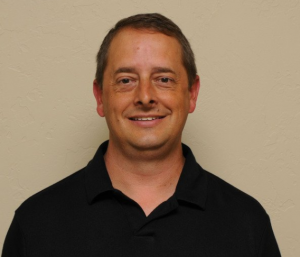 Tim Pollard of “Back the Badge Vote Yes on 1A” is a principal of EIS Solutions, the discredited astroturfing/PR firm Back the Badge engaged to promote 1A in Mesa County.

Another factor that swayed my opinion on 1A is that some of the groups that have put LOTS of money into backing the measure are shady and untrustworthy. “Back the Badge,” the group supporting 1A, is paying the oil and gas astroturfing company EIS Solutions to promote the ballot measure. (By the way, there is no equivalent organization opposing the measure. Most opponents are individuals and little if any money has been spent to oppose the measure.) EIS Solutions is in the business of creating front groups for oil and gas companies, so the companies can hide their behind-the-scenes activities to manipulate elections and fight citizens who are struggling to protect their communities from the hazards posed by fracking and drilling. Moreover, according to news reports, in 2013 EIS Solutions was caught falsifying signatures on a pro-fracking petition in Fort Collins. You would think Back the Badge’s board would have selected a company with a better reputation to promote their ballot issue, but they didn’t.

Because Tim Pollard of Back the Badge’s Board is a principal of EIS Solutions, and his wife, Kristi Pollard, is the sister of Josh Penry, who is also a principal of EIS Solutions, so it looks like a few of Back the Badge’s board members decided that they and their families should profit personally from promoting the ballot issue. Also, one of EIS’s secret-money front groups, the aggressively pro-gun group “Colorado Citizens Protecting Our Constitution,” (CCPOC) donated a huge amount of money, $20,000, to the “Yes on 1A” campaign in Mesa County. CCPOC is a shady political “social welfare” group with close ties to EIS Solutions that refuses to reveal it’s donors, so Mesa County Citizens have no idea who is trying to manipulate their votes on 1A, or why.

These revelations all felt pretty unseemly to me.

All of this information taken together — the fact that money is available elsewhere through de-Brucing, the apparent self-dealing going on inside Back the Badge, Back the Badge’s intentional use of the discredited firm EIS Solutions, their hiding of information about donors to Yes on 1A (CCPOC), combined with the feeling that I’d prefer vote for a sales tax increase to fund a community recreation center later if we get the opportunity, just added up to a “no” vote for me on 1A. Sorry, Back the Badge. All these factors just made me too uncomfortable with 1A to vote in favor of it.

For more information on the groups and funding behind 1A, see this previous blog.

After attending the League of Women Voters Ballot Issues and Candidates Forum and hearing the school board candidates speak, there was no question left that the best-prepared, most knowledgeable candidates for school board are John Williams, Tom Parrish and Amy Davis. These candidates spoke in clear specifics. They had substantial knowledge about the school district’s operations, the state of the schools, the problems the District faces, properties owned by District 51, how they would approach the problems the district faces and much more. The other two candidates were glib, spoke in slogans and generalities and displayed little to no actual knowledge of the specifics of the school district. I was also concerned that Mr. Keenan was unable to put together a coherent response to the Grand Junction Chamber’s questionnaire, and when the chamber asked the candidates to answer four questions, Ms. Reimer numbered her responses 1,2,3 and 5. 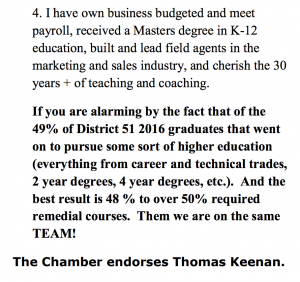 Tom Keenan’s answer to the chamber’s question, “Why should members of the Grand Junction Area Chamber vote for you?”

Ballot Measures 3A and 3B:

We need to vote YES on these measures. The schools have been hurting financially for a very long time. Many buildings are in bad disrepair, their textbooks are old, their technology is substandard. We have a hard time recruiting talented workers to Mesa County because the school system is so under-funded and in such desperate straits. There is no question that we must vote “yes” on these measures to improve school funding and help raise our school district up to today’s standards.

* Douglas Bruce was sentenced to two years in prison in 2012 for violating his probation after being convicted of felony tax evasion.