Instead of attending Club 20’s exclusive event, Polis will attend an annual event in Grand Junction that is accessible to everyone regardless of their income: the Progressive Family Picnic hosted by Kennedy4Colorado and Claudette Konola, who organizes the event every year. Konola has long intentionally designed her event be open to everyone regardless of their income, and to provide a good time for whole families. That’s because Konola’s event is 100% free. No charges for parking, admission or food. Just pack a picnic, come on down, meet progressive candidates in person, hang out on the grass and enjoy the free entertainment. The picnic celebrates workers, families and values like livable wages, clean, sustainable energy, protection of the environment, affordable health care and quality public education. This year’s event is also extra-special: it’s a milestone birthday celebration for Claudette, a cancer survivor who has devoted much of her life to advancing policies that benefit western Colorado’s working people. No wonder Polis decided this was the must-attend event. You can’t be kinder or more courageous than to turn down a tradition to support a friend and make yourself accessible to regular people. 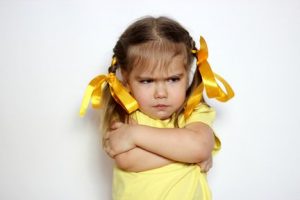 The 2018 Progressive Family Picnic will be held at the Watson Island Amphitheater at Las Colonias Park in Grand Junction on Saturday, September 1 from 1:00 – 5:00 p.m. Everyone is welcome. Come down and meet Jared Polis, who will likely be Colorado’s next governor, and tell him in person what’s on your mind. There’s plenty of room for everyone. The Las Colonias Amphitheater accommodates 1,000 people.

Club 20 vs. events open to everyone

For those who don’t know, Club 20 charges a minimum of $25 to attend it’s gubernatorial debate — a steep cost most western slope families can’t afford. Club 20 is, also, well… pretty clubby. You’ve got to have money (pdf) to belong. Dues for individuals start at $100, and for that price individuals get only a fraction of the benefits Club 20 confers on it’s wealthier corporate members, who pay up to $10,000/year to belong. Club 20 also claims to be “non-partisan” but has long had a distinct Republican, pro-energy industry bent.

In addition to attending Claudette Konola’s Progressive Family Picnic, Polis also plans to attend a gubernatorial debate in Grand Junction that will be free and open to the public. That debate will be sponsored by the Daily Sentinel, Colorado Mesa University and Rocky Mountain PBS, and is currently awaiting scheduling.

So who would you rather vote for: someone who panders to the wealthy Club 20 and it’s powerful corporate donors, or someone who cares about real people and the special birthday of a friend, and isn’t afraid to show it?

Screen shot of the Republican Governors Association’s mean TV ad denigrating Jared Polis for attending events and debates that are free to the public.