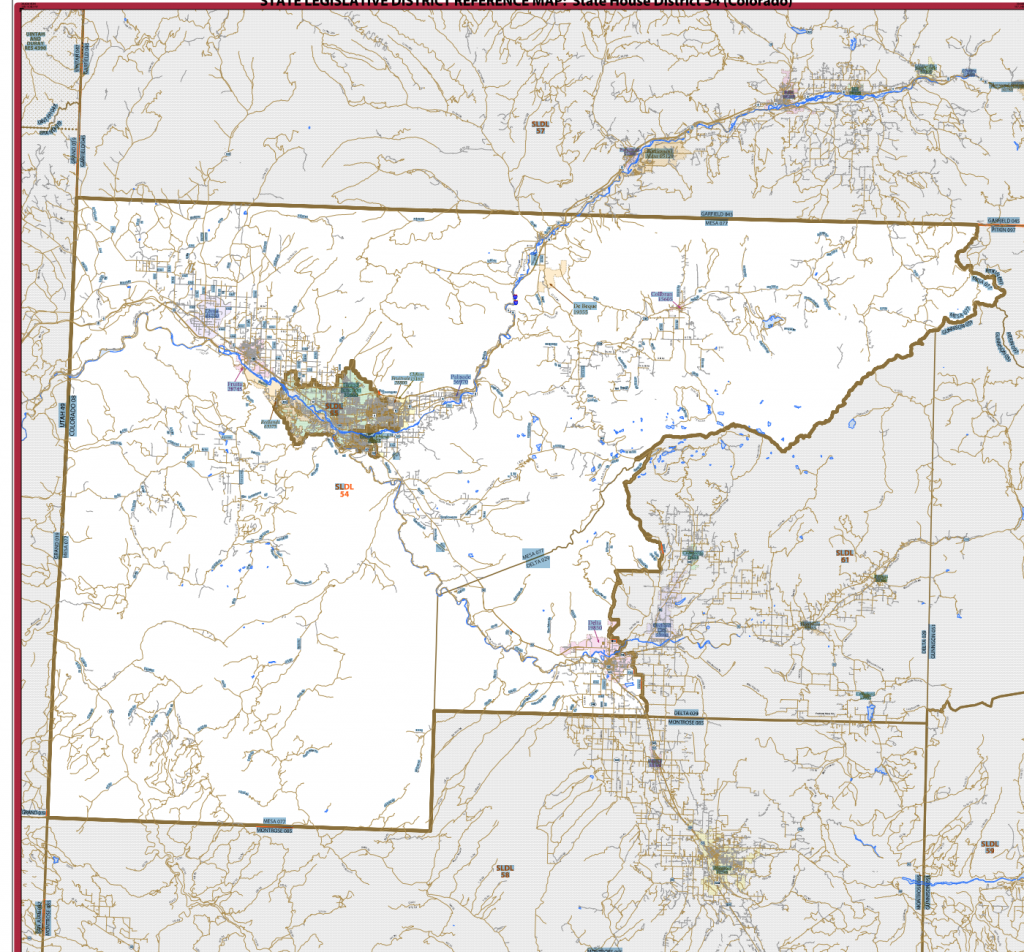 Map of Colorado House District 54, which is all the light colored area. It includes most of Mesa County outside of the City Grand Junction and the western portion of the City of Delta.

Constituents in House District 54 have just 10 days after the election — this Friday, 11/16 — to submit complaints to the Colorado Secretary of State about whether Republican HD-54 candidate Matt Soper committed voter fraud and/or election fraud by listing his residential address as a house in which he didn’t live. Soper used an address at 10 Hartig Street in Delta for purposes of voting and qualifying to run for office in HD-54, even though he didn’t actually live at the address. Soper actually lived with his girlfriend on Clearview Drive in Delta, but told the Sentinel the 10 Hartig house was his home “in his mind.” Soper started listing the house as his residence in November of 2017, since a candidate must have resided in the District for 12 months in order to qualify to run for office in that district. The house actually belongs to Soper’s mother, who was renting it out to another family.
The Daily Sentinel reported extensively on Soper’s address controversy in multiple articles leading up to the election.  After the articles were published, Soper quickly evicted the tenants who lived at the address where he had claimed to live so he could move into the house at the last minute. Three of the tenants are disabled, according to the Sentinel. Despite the controversy, Soper won the election.
HD 54 comprises everywhere on the above map that isn’t the green-colored center around the City of Grand Junction. If you live in HD 54 and want to submit a complaint about possible election and/or voter fraud by Mr. Soper, you’d better hurry. Following is a link to information on how to submit a complaint to the Colorado Secretary of State:
Click this link to access the Colorado State Election Complaint Form.
The form asks for Soper’s contact information. From the Colorado Secretary of State’s Tracer info on candidates, his contact info is:
P.O. Box 81, Delta, CO 81416, Phone 970-812-3667, email address: MATT.SOPER@YAHOO.COM
You can also submit complaints about voter and election fraud to the Office of the District Attorney, 7th Judicial District, Delta County office, 550 Columbia Street, Suite 1, Delta, CO 81416, (970) 874-2085, email: mail@co7da.org. The 7th Judicial District Attorney’s name is Dan Hotsenpiller. “The District Attorney prosecutes persons who have violated State law as defined by the Colorado legislature.”

Update 11/14/2018 – At this point complaints need to be directed to the legislature, specifically