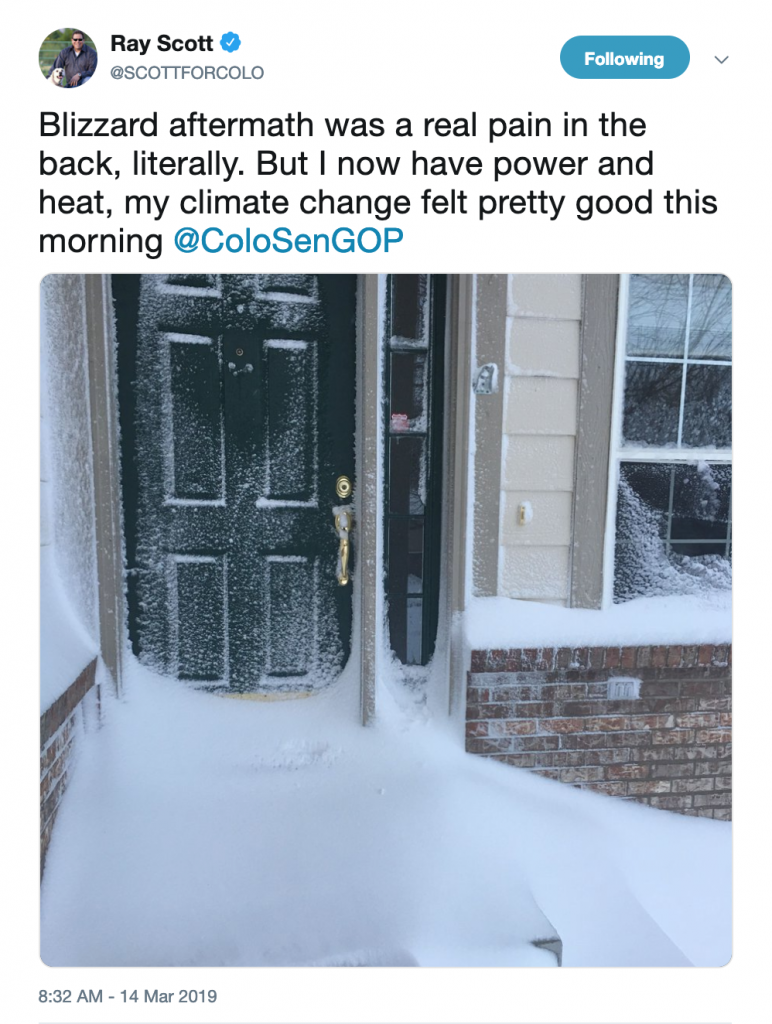 Ray Scott’s tweeted this photo of his front door in Denver at 8:34 a.m.today, instead of making sure he was at the Capitol to vote with the full Senate on SB19-181, a bill he’s been telling everyone will kill oil and gas development in the state.

Mesa County’s State Senator Ray Scott didn’t even bother to show up for the full Senate vote today on SB19-181, the oil and gas overhaul bill that will change the mission of the Colorado Oil and Gas Commission from fostering oil and gas development to instead making public health, safety and the environment top priority in consideration of oil and gas drilling permits.

The bill passed on a party line vote of 19-15, and now heads to the full House for a vote.

But instead of heading to the Capitol for the vote as taxpayers pay him to do, Scott stayed home and tweeted a picture of all the snow by his front door in Denver.

Colorado taxpayers pay Scott $30,000/year to represent them, plus an additional $45/day while he stays in the Denver, but he didn’t give them any representation today on SB-181.

Instead, he slept in Wednesday instead of heading to work. So much the better for Democrats, as well as public health and the environment.