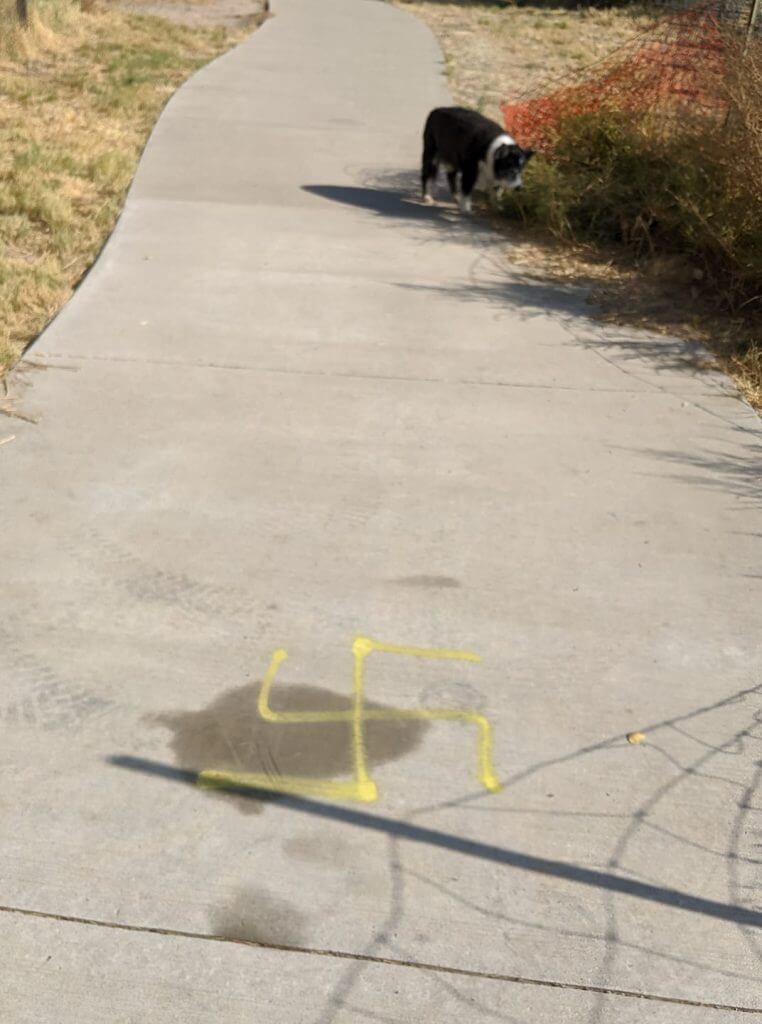 Swastika graffiti painted on the Riverfront Trail in Grand Junction.

Graffiti of a swastika was found yesterday, October 10, on the section of the Riverfront Trail just west of High Country Court in Grand Junction. The symbol is an emblem of far-right nationalist movements and is used by Nazis and neo-Nazis. It is widely considered a symbol of hate. The image was about 2 ft. by 2 ft. in yellow spray paint and was found on the Jewish holiday of Yom Kippur, the day of atonement that follows shortly after the Jewish new year of Rosh Hashana. The graffiti was reported to the City, who passed information about it to the Parks Department, which is in charge of maintaining the Riverfront Trail.

For more documentation of the hate culturein Grand Junction, search on the term “hate” in the search box located to the upper right side of this post.

6 comments for “Swastika scrawled on Riverfront Trail in Grand Junction”