A March 6, 2020 email from Tina Peters to Patti Inscho, Elections Director, and several others, says:

“Sandye was asked to do the 574 ballots from the [November 5, 2019] Coordinated [election] on Saturday because I want to send out a letter of apology in a timely manner and she is very quick with processes.”

“I would like to get the spreadsheet mail merge done with the 574 voters before we let that  information out.” 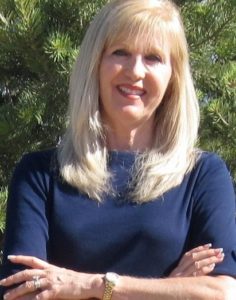 Patti Inscho sent a complaint dated June 29, 2020 to the Secretary of State’s Office saying she personally witnessed the creation of the list of disenfranchised voters’ names that Ms. Peters has failed to turn over.

County Attorney John Rhoads has responded to all CORA requests for the list by saying that the “County has no documents responsive to your request.”

Possible scenarios based on his response include that 1) the document exists and Tina Peters is stonewalling it, or 2) Ms. Peters possessed the list and has destroyed it.

Colorado Revised Statutes C.R.S. 1‐1‐104(11), says the list qualifies as an Election Record and as such should have been retained:

If the list of the names has been destroyed, then Clerk Peters has committed crime.

If the list exists and Ms. Peters is stonewalling its release, it is a misdemeanor with a $100 fine and up to 90 days in jail.

Whichever circumstance is the case, Ms. Peters is likely not just evading the law, but further eroding the credibility of her office, which already has virtually no credibility left.