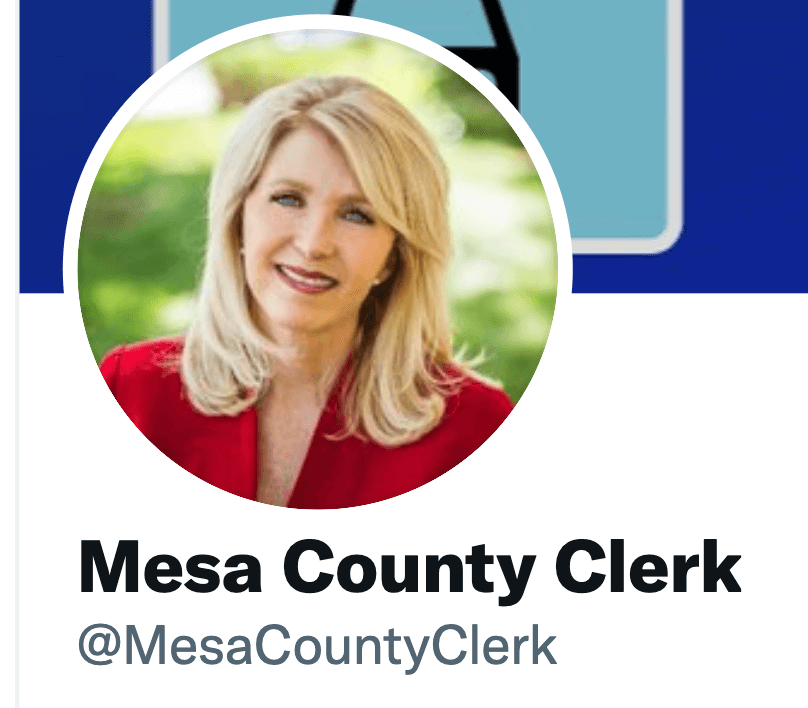 Update, 1:08 p.m., 2/8/22 – There’s information on Twitter from Jesse A. Paul of the Colorado Sun, formerly of the Denver Post, that Tina was “briefly detained and released,” that her detainment did not have to do directly with the breach of an election system, and that authorities are going to release additional information soon.

Update, 1:43 p.m., 2/8/22 – Word from an attorney is they served a warrant on Tina Peters for an electronic device, perhaps a cell phone, and she wouldn’t give it up, so the cuffed her. It’s been confirmed that it was not an arrest, and it is presumed they got the device from her. The Daily Sentinel’s Charles Ashby tweeted that “Tina Peters was detained briefly at a local coffee shop for resisting a search warrant to obtain an iPad in re the charges against Deputy Clerk Belinda Knisley, said DA Dan Rubinstein. She was not arrested, but obstruction charges are possible.”

Another tweet from Charles Ashby of the Daily Sentinel at 2:06 p.m. says “According to the search warrant, Peters used the iPad to record proceedings in a motions hearing in Knisley’s case that a court clerk and prosecutor witnessed,. Cameras and recordings are not allowed. She denied it to the judge. The warrant was to get that evidence.”