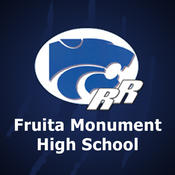 A concerned member of the Fruita Monument High School community has sought help from the Freedom From Religion Foundation (FFRF) over a “baccalaureate” ceremony held in the school’s gym last year on May 12, 2014, and possibly over concerns of a similar event occurring this year around graduation time.

A baccalaureate is a religious ceremony held a few days before a school’s official graduation ceremony. Baccalaureates often feature prayers, bible readings, sermons or benedictions, and music. Students may wear their caps and gowns, and readings may be given by school employees.

Because baccalaureates are religious events, the Establishment Clause of the First Amendment to the U.S. Constitution requires publicly-funded schools to divorce themselves from any connection to these events. Schools cannot help plan, design or sponsor these ceremonies. School employees cannot participate in organizing such events or appear at them in their official capacities. If school auditoriums or gyms are used for the ceremonies, a private party must rent the venue out for the event. The law requires a complete separation between the school and the baccalaureate in every sense.

The anonymous complainant reported that FMHS Principal Todd McClaskey, Vice Principal Lee Carleton, and other school staff members helped plan the May, 2014 baccalaureate ceremony at FMHS. They reported that FMHS teachers and administrators spoke in their official capacities at the event, reading bible verses and speaking in general terms about the virtues of being a Christian. FMHS’ choir and orchestra students were required to perform at the baccalaureate, and students who didn’t want to take part in the ceremony were threatened with lower grades and told that if they failed to attend, they would have to perform all of the concert music, solo, in front of the entire class, at a later date.