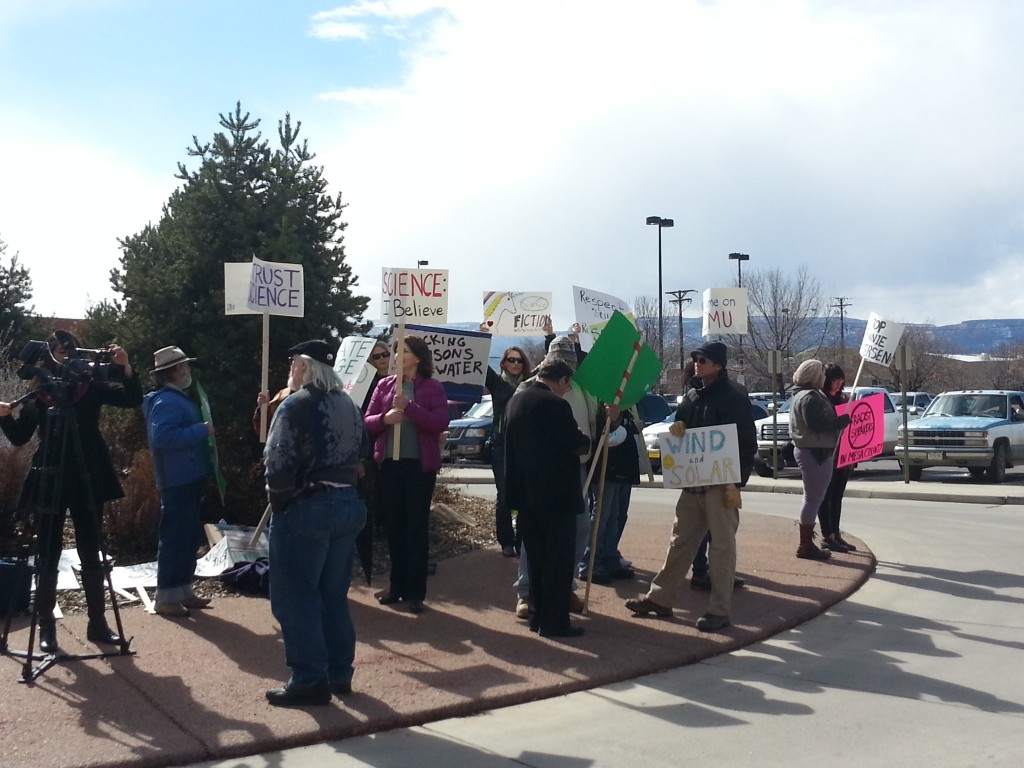 A crowd of people rallied outside Two Rivers Convention Center in Grand Junction today to protest Energy Expo speaker John L. Casey, who lectures on climate change but does not have any qualifying degrees or peer-reviewed publications on the subject. Casey is known for pandering to the belief popular among the tea party fringe that global warming is a massive scientific fraud perpetrated by the U.S. government and the United Nations. YouTube videos of Casey speaking before tea party groups in Florida show him to be a fear monger whose talks devolve into race-baiting and instilling fear in 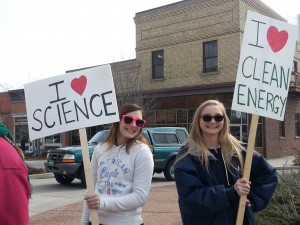 his audiences. He warns people to lay in a year’s supply of food to deal with food shortages he predicts will occur in a coming ice age, and tells them to be ready to defend their stored food supplies from urban minorities whom, he says, will try to beat them up and kill them to get it.