Western Colorado Atheists and Freethinkers (WCAF), which advocates for western Colorado’s secular community, has a form on its website where people can submit violations of the separation of church and state that they observe in western Colorado. On December 10, 2014, the mother of a student who attends Delta Middle School submitted the following information about Christianity being forced on middle school students in Delta, Colorado: 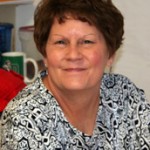 A teacher named named Mrs. Charlesworth teaches reading and writing at Delta Middle school. She likes to share her Christian beliefs with the class. One day she told the class non Christians were bad people. A student said that the non Christians were the people who bombed people and she did nothing to correct the conversation. On Friday 11-5-14 all DMS students were forced to watch an 1.5 hour long play about the baby Jesus. My daughter repeatedly asked if she could leave the play because she thought it was inappropriate for school. The teachers would not let her leave. My daughter felt like she was forced to attend a Christian church. My daughter has also been forced to read a book called the witness. She said it has a lot of God stuff in it. I haven’t read it yet. I met with the principal and vice principal of DMS today 12-10-14. I informed them they were violating Church and state rules. They told me the play would never be performed in DMS ever again and the Christian bias would stop. They also assured me my child would treated with respect and would not suffer because I complained. Several hours after my meeting with the principals, my daughter was singled out and yelled at by Mrs. Charlesworth, in front of the entire class. My daughter is being retaliated against for
asserting her rights.

This incident of proselytizing to student in western slope public schools joins numerous others that have been reported, like Fellowship Church’s promotion of its 4640 youth indoctrination center to middle school gym classes, and the promotion of Christian “Good News Clubs” in elementary schools.

END_OF_DOCUMENT_TOKEN_TO_BE_REPLACED 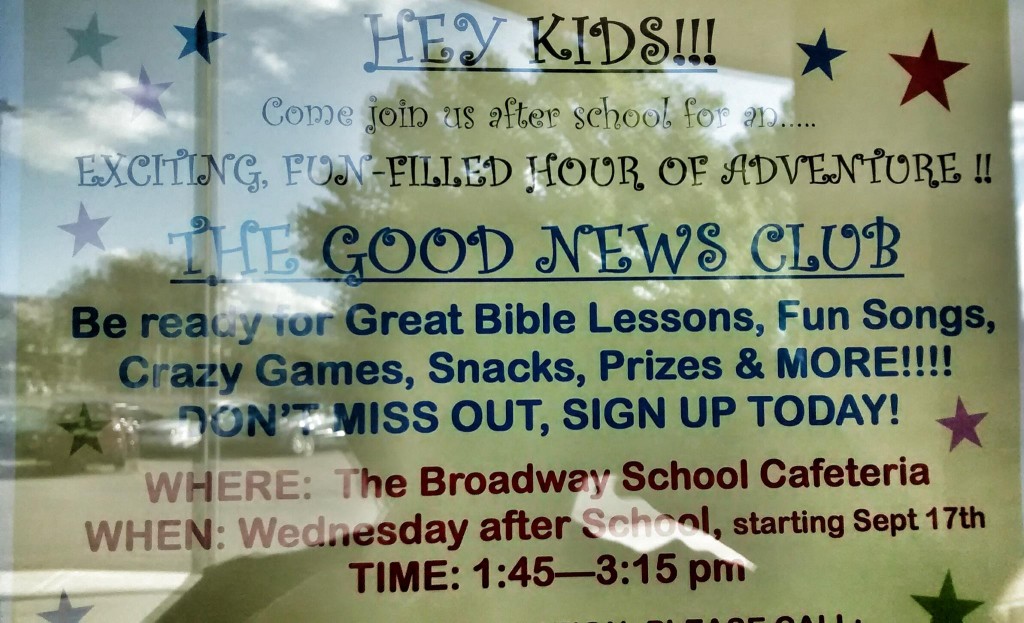 Grand Junction parents are voicing concern that their children attending District 51 elementary schools are being sent home home with fliers soliciting attendance at Bible study classes held immediately after school on school grounds. The Child Evangelism Fellowship is actively working to recruit young children into to Christianity by promoting “Good News Club” meetings to be held weekly within local public school buildings from about 1:45 to 3:15 p.m. Times apparently vary according to individual school schedules. Parents have reported via a local Facebook group that fliers and posters promoting the religious classes have shown up at Tope, Broadway and Pomona elementary schools.

The mission of the Child Evangelism Fellowship is “to evangelize boys and girls with the Gospel of the Lord Jesus Christ and establish (disciple) them with the Word of God and in a local church for Christian living.”

Concerned parents say a public school is an inappropriate place to carry out that mission, and grade school-aged kids won’t be able to distinguish between their regular classes and the Bible study classes. Parents also believe such religiously-intensive activities are more appropriately held in a church than a taxpayer-funded public school building.